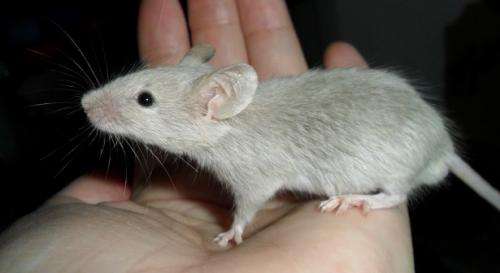 The first sign of trouble for a patient with a growing brain tumor is often a seizure. Such seizures have long been considered a side effect of the tumor. But now a joint team of Columbia engineers and cancer researchers studying brain tumors has found evidence that the seizures caused by an enlarging tumor could spur its deadly progression.

These interactions, described today in Cell Reports, were revealed using a novel mouse brain imaging technology that tracks real-time changes in brain activity and blood flow as a tumor grows in the brain. The research identifies potential new targets for diagnosing and treating glioma, a rare but aggressive form of brain cancer, notable in recent years for having claimed the lives of United States Senator John McCain and Beau Biden, the son of Vice President Joe Biden.

“As gliomas spread within the brain, they gradually infiltrate surrounding brain regions, altering blood vessels and interactions between neurons and other brain cells,” said Peter Canoll, MD, Ph.D., professor of pathology and cell biology at Columbia’s Vagelos College of Physicians and Surgeons and the paper’s co-senior author. “Neuro-oncologists have generally focused on developing ways to selectively kill glioma cells, but we are also interested in understanding how infiltrating glioma cells change the way that the brain functions. We believe that this approach can lead to new treatments for this terrible disease.”

Meanwhile, Elizabeth Hillman, Ph.D., a professor of biomedical engineering at Columbia’s School of Engineering and Applied Science, had developed a novel method for real-time imaging of both neural activity and blood flow dynamics in the brains of mice. Called wide-field optical mapping, or WFOM, Dr. Hillman and her lab were using the system to study how neuronal activity in the brain drives local changes in blood flow, a process known as neurovascular coupling.

Drs. Hillman and Canoll realized that combining Dr. Hillman’s imaging platform with Dr. Canoll’s method of generating realistic tumors in the brain of mice, could let them explore how brain activity was affected during tumor growth.

“We used WFOM to image the brains of mice every few days for many weeks, observing how tumors grew and invaded different areas,” said Dr. Hillman, who is also a Zuckerman Institute Principal Investigator. “We studied mice whose neurons were labeled with a green fluorescent calcium indicator, which gets brighter when neurons are more active, letting us detect how tumor invasion affected the normal activity of neurons and dilations and constriction of blood vessels.”

The team first found that migrating glioma cells desynchronized both neuronal activity and blood flow changes that normally fluctuate together across either side of the brain. They also found that the tumor affected neurovascular coupling—making blood vessels less likely to dilate and provide fresh blood when neurons fired.

But another thing also caught the researchers’ eye.

“We saw some flashes in our images of neuronal activity, accompanied by big changes in blood flow,” said Dr. Hillman. “When we looked more closely, we found these flashes became more and more frequent as the tumors grew, and in some cases we saw massive, profound blasts of neuronal activity.”

“We realized that as the tumors progressed in the brains of mice, we were seeing many seizure-like discharges, which eventually progressed into full-blown seizures that resemble the generalized seizures that glioma patients often experience,” said Dr. Canoll. “We noticed that these seizures were most prominent at the edges of the tumor, where tumor cells were growing into and intermingling with surrounding healthy brain.”

During these generalized seizures, WFOM also revealed that blood oxygenation levels within the tumor dropped sharply. This finding was surprising, and concerning, as tumor cells are known to thrive in low-oxygen, or hypoxic, environments.

“When brain tissue becomes hypoxic, brain cells can secrete proteins that could actually stimulate tumor growth, migration, proliferation and progression,” said Dr. Canoll. “We think that the altered neurovascular coupling in the tumor is causing hypoxia during seizures, and might create a vicious cycle of tumor growth, seizure, hypoxia and further tumor growth.”

The team’s findings point to a number of promising targets to disrupt glioma’s vicious assault on the brain.

“To break this cycle of tumor growth, we could target reducing seizures. We may be able to use WFOM to determine which types of drug are most effective for suppressing these types of seizure, while not interfering with cancer treatments,” said Dr. Canoll. “We will also be looking to see whether small seizure events that might be difficult for a patient to perceive could be an early warning sign of tumor development or regrowth.”

What the team learned could also help with diagnosis and surgical guidance.

“Functional magnetic resonance imaging, fMRI, is a human brain imaging method that detects active regions via local changes in brain blood flow,” said Dr. Hillman, who is also a professor of radiology at Columbia’s Vagelos College of Physicians and Surgeons. “Our results suggest that fMRI may be unreliable for guiding surgeons to avoid specific brain regions, if the tumor alters blood flow changes. However, the changes in synchrony and neurovascular coupling that we observed could also potentially be leveraged as biomarkers to detect tumor regions.”

The team’s results also highlight the power of interdisciplinary collaborations. Dr. Hillman developed the study’s imaging and analysis techniques with support from the NIH BRAIN Initiative, and the team combined them with novel mouse glioma models developed in the Canoll lab to study alterations in brain function associated with neurological disease.