Joe Swash is a man who has shown the world his multitude of skills. From acting, presenting and just recently ice skating – being crowned the ultimate winner of Dancing on Ice. Winning at life was not always the case for Joe as he reveals his terryfing diagnosis which put his life on the line.

At just 23 years old, the star was struck down by a sudden case of viral meningitis.

Joe was taken to the hospital after becoming violently ill.

At hospital, doctors underwent a series of tests on him including a spinal tap before confirming his sickness was due to meningoencephalitis, a rare virus which leaves the brain swelling dangerously. 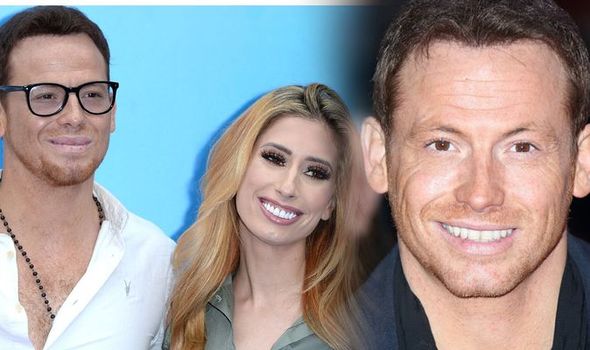 Joe spoke to The Sun and revealed: “I had to learn everything again.

“I had to learn coordination and my speech was slurred.

“It felt like my tongue was too big for my mouth.

“And I had terrible headaches.”

Meningoencephalitis also known as encephalomeningitis is an inflammation of the brain and its surrounding protective membranes.

It resembles both meningitis and encephalitis.

Meningoencephalitis can be caused by bacteria, viruses, fungi and protozoan or a secondary sequel of other inflammations like AIDS.

The symptoms of the disease resemble common viral infections such as nuchal rigidity, blurred vision and purple body rashes.

The NHS explained: “Meningitis is an infection of the protective membranes that surround the brain and spinal cord.

“It can affect anyone, but is most common in babies, young children, teenagers and young adults.

“Meningitis can be very serious if not treated quickly.

“It can cause life-threatening blood poisoning and result in permanent damage to the brain or nerves.

“A number of vaccinations are available that offer some protection against meningitis.”

Joe said: “My illness had a massive impact on the job.

“When I came back to EastEnders I couldn’t find my feet.

“New producers came in and brought in new actors and I got lost down the pecking order.”

Symptoms of meningitis include a high temperature, being sick, headaches, a rash that does not fade when a glass is rolled over it, a stiff neck, a dislike of bright lights, drowsiness or unresponsiveness and seizures.