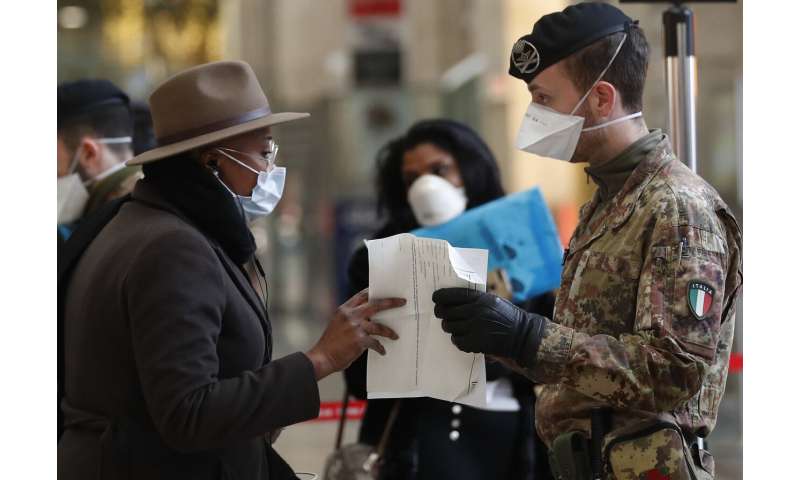 Italian Premier Giuseppe Conte says travel restrictions and other strict public health measures will be imposed nationwide starting Tuesday to try to stop the spread of the new coronavirus.

Conte said Monday night that a new government decree will require people throughout the country of 60 million people to demonstrate a need to work, health conditions or other limited reasons to travel outside the areas where they live.

The restrictions will take effect on Tuesday and, like those already in place in northern Italy, will last until April 3., he said.

“There won’t be just a red zone,” Conte told reporters referring to the quarantine order he signed for a vast swath of northern Italy with a population of 16 million over the weekend.

“There will be Italy” as a protected area, he said.

The nationwide decree also extends school closures in Italy until April 3. Schools in the center and south of Italy that were closed because of the virus had been slated to reopen on March 16.

Italy registered 1,807 more confirmed cases as of Monday evening, for a national total of 9,172. With those numbers, Italy again overtook South Korea as the country with the most cases outside China. The number of people with the virus who died increased to 463. 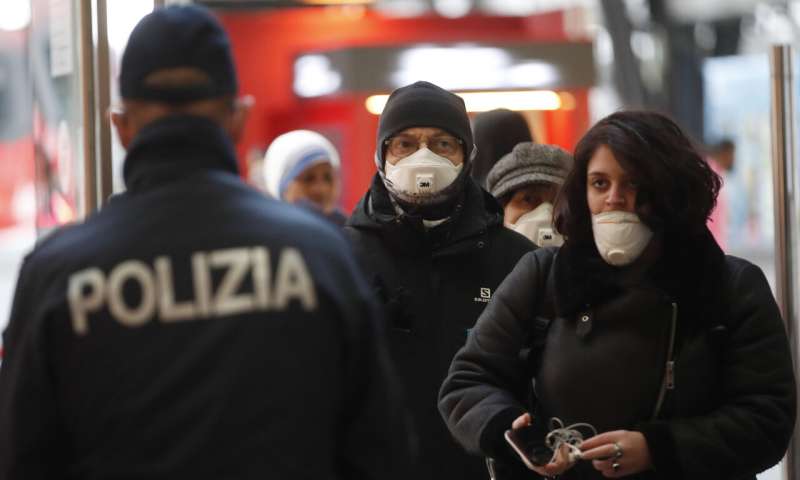 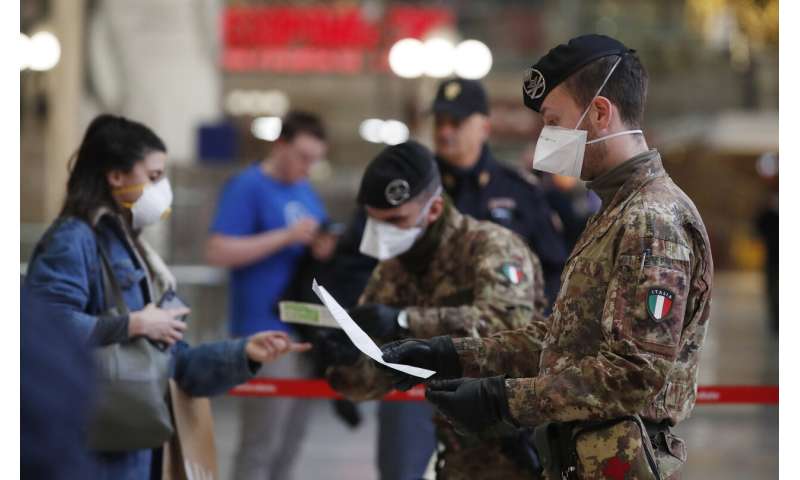 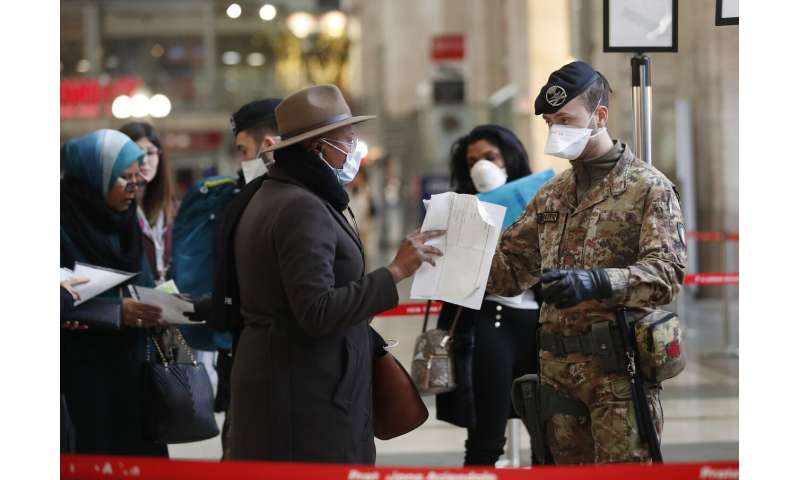 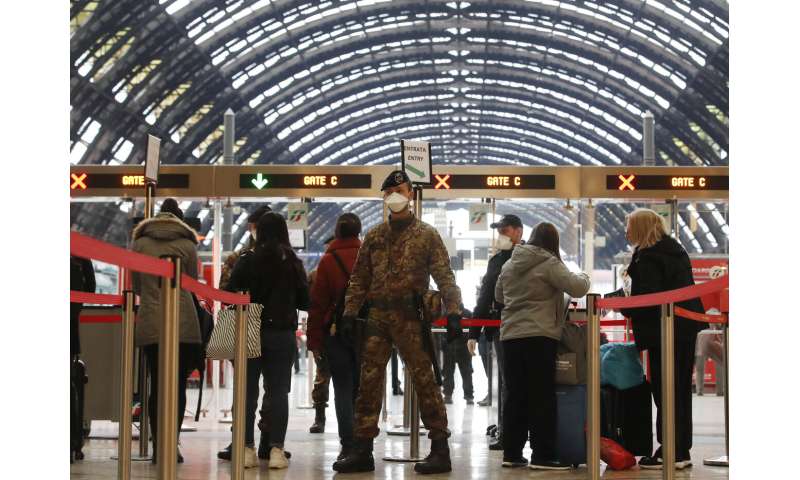 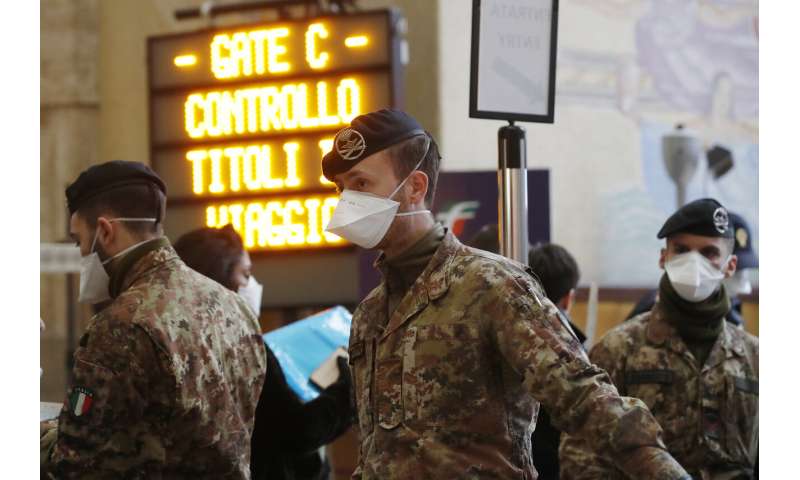 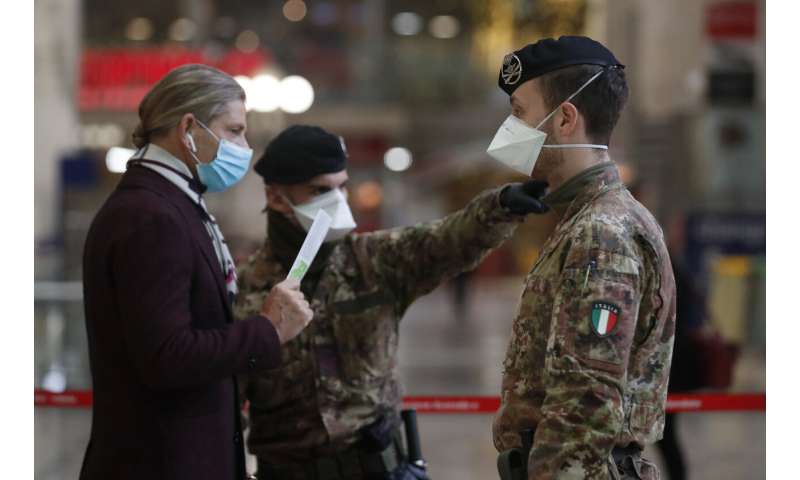 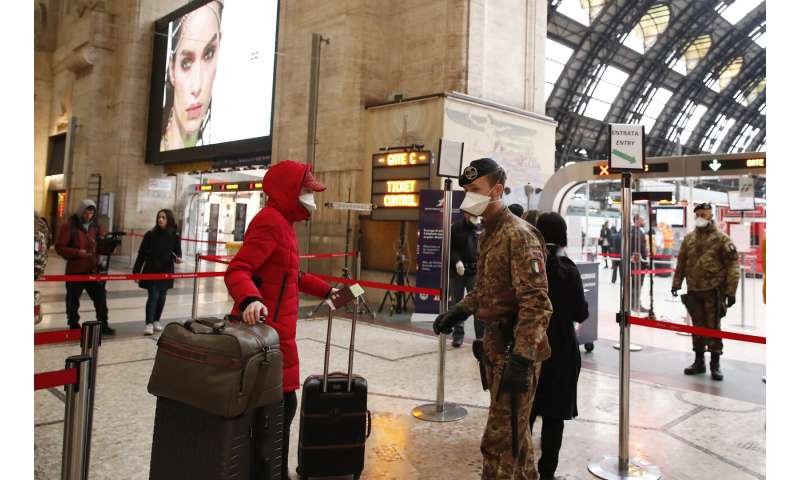 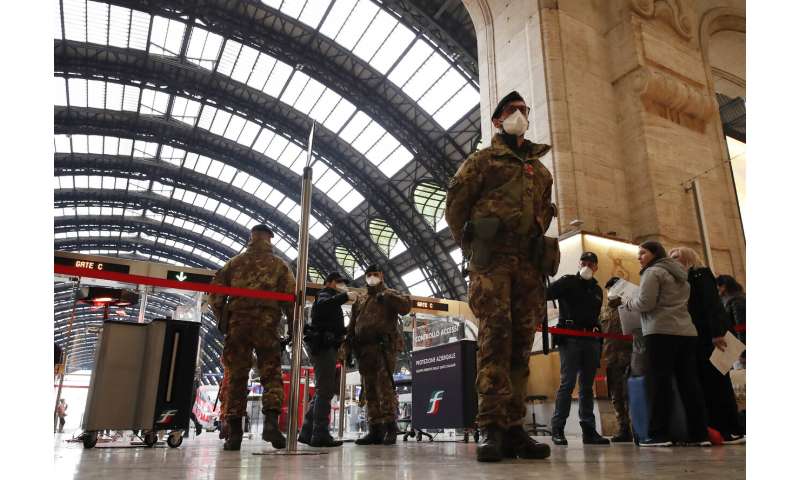 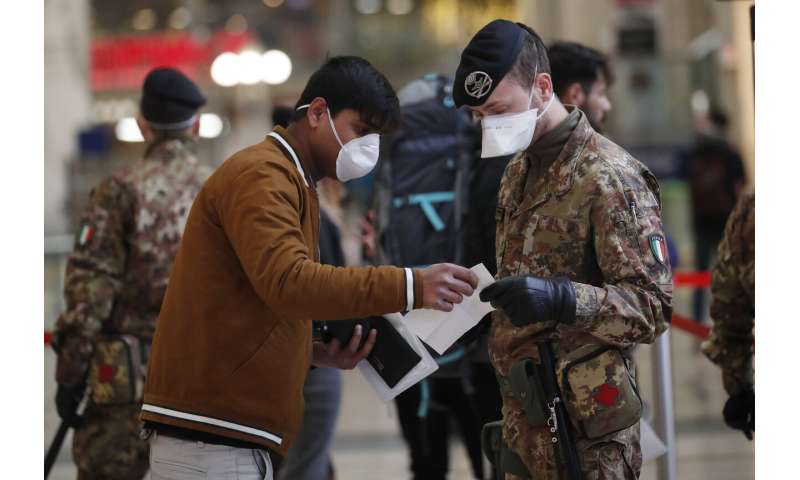 The premier also took to task the young people in much of Italy who have been gathering at night to drink and have a good time during the public health emergency that started on Feb. 21.

Under the weekend decree that applied to regions in the north, pubs, restaurants and cafes are required to close at dusk. Now the mandatory early hours will affect all of a locked-down Italy.

On Saturday night, alarmed at rumors over a quarantine in the north, many Italians fled the targeted regions in the northern “red zone.” was put under lockdown on Sunday. Some 16 million residents live in that first lockdown, in the north, in populous Lombardy, which includes Milan, and 14 provinces in the north, including that of Venice. Monday’s extension now c