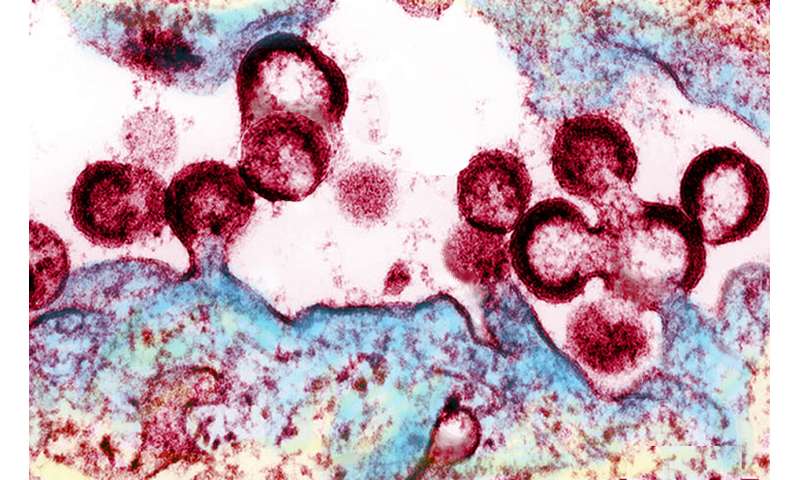 It’s a leading research strategy for eliminating HIV from the body: “shock and kill.” The idea is to activate the dormant virus from within the immune cells where it hides, then eliminate it. One obstacle has been finding a safe way to wake up the virus.

In two complementary Nature papers, researchers now report that they have come closer to that goal. The papers are from researchers at the Yerkes National Primate Research Center of Emory University and the University of North Carolina at Chapel Hill, funded by the National Institutes of Health.

The papers rely on studies involving two animal models of HIV infection. Each study took a different approach. But both yielded promising results, disrupting viral latency at levels not seen before.

That means that the virus came out of its hiding places, even in the presence of antiretroviral drugs that had stopped it from replicating for months.

The findings do not represent a cure and follow-up studies in animals, as well as clinical studies in humans, are needed and planned. But the results represent an advance because they could potentially be combined with other approaches directed against the virus, the scientists say.

“If our goal is to cure HIV/AIDS, then we have to disrupt viral latency,” says Guido Silvestri, MD, co-senior author of one of the Nature papers. “What we’re doing now is a new combination approach that provides unprecedented levels of virus reactivation.”

Silvestri is interim chair of pathology and laboratory medicine at Emory University School of Medicine, chief of microbiology and immunology at Yerkes National Primate Research Center, and a Georgia Eminent Research Scholar.

Past results of latency reversal experiments were not as sustained and extensive, says co-senior author J. Victor Garcia, Ph.D., director of the International Center for the Advancement of Translational Science and professor at the University of North Carolina School of Medicine.

“Previously, no one had successfully demonstrated systemic HIV induction in humans or an animal model with human cells, and then replicated this success in a completely different species infected with a different virus,” Garcia says.

Ann Chahroudi, MD, Ph.D., co-senior author on both papers, says the studies described in the two papers take different approaches. She is associate professor of pediatrics and director of the Center for Childhood Infections & Vaccines at Emory and Children’s Healthcare of Atlanta.

Both approaches were tested at Yerkes in monkeys infected with SIV, a close relative of HIV, and treated with antiretroviral drugs. At UNC, tests were also conducted in mice transplanted with human immune cells.

One paper describes a drug called AZD5582, which activates an intracellular pathway that leads to HIV and SIV reactivation. AZD5582 appears to be safe and relatively non-toxic in non-human primates. In 12 monkeys treated with the drug, just one experienced a temporary fever and loss of appetite. With the aim of beginning clinical trials, researchers at UNC and Qura Therapeutics—a partnership between UNC and ViiV Healthcare—are investigating compounds related to AZD5582.

“AZD5582 was remarkable in its ability to reactivate latent SIV from resting CD4+ T cells, and to induce continued virus production in the blood when monkeys were still receiving daily antiretroviral therapy,” says Chahroudi.

In the study described in the second paper, researchers stimulated the cells that are the main viral hosts (CD4+ T cells) while also depleting another kind of immune cell (CD8+ T cells), which normally keeps the virus in check.

The combination of immune interventions was especially potent; both the stimulation and depletion components were necessary to see SIV re-emerge, Silvestri says. His lab had previously observed a similar but smaller effect with CD8 depletion alone. That means that CD8 T cells must have a role in keeping the virus inactive, which needs to be understood better, he says.

“The old paradigm is that you need CD8 cells to clear other infected cells,” Silvestri says. “We’re showing that CD8 cells are also involved in repressing latency reversal.”

The main obstacle to a cure for HIV infection is the reservoir: immune cells that harbor the inactive virus when someone is being treated with antiretroviral drugs. Neither intervention—drug or immune stimulation/depletions—reduced the size of the reservoir, because once the animals were taken off antiretroviral drugs, viral levels did rebound. The scientists think the initial viral reactivation needs to be combined with other modes of treatment, such as antibodies directed against the virus itself.