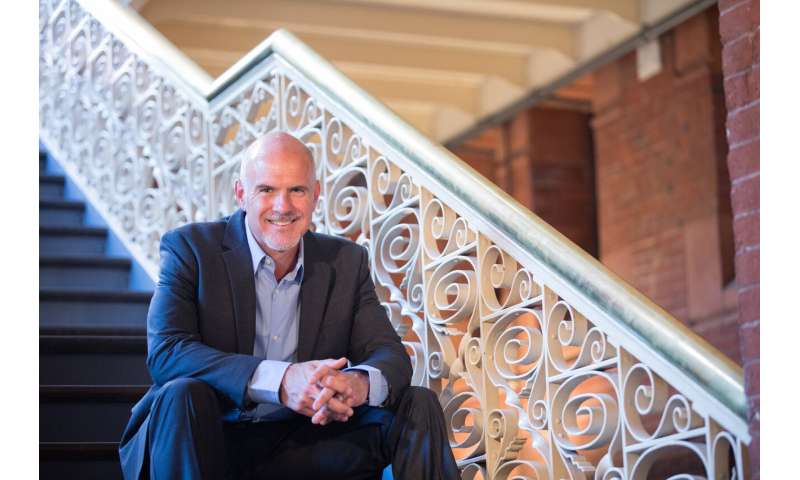 The direction in which people look and how dilated their pupils get can reveal the decision they’re about to make, according to research published in the Proceedings of the National Academy of Sciences by Penn neuroscientist Michael Platt and colleagues. These biomarkers also offer clues into the underlying biological processes at play as choices get made.

“Understanding this can help explain why people make the decisions that they do, why one individual might make a different decision than another, even why people who seem to make the same decision might do so for different reasons, in terms of the biology,” says Platt, a Penn Integrates Knowledge professor with appointments in the Wharton School, School of Arts & Sciences, and Perelman School of Medicine.

The work grew out of conversations between the Wharton Neuroscience Initiative, which Platt runs, and one of its partners, Vanguard, about why people more frequently make unwise financial decisions as they age. The discussion soon turned to broader questions about decision making, something Platt, postdoctoral researcher Feng Sheng, and former postdoctoral researcher Arjun Ramakrishnan opted to test with a well-known concept called loss-aversion.

People want to avoid a loss, even if doing so comes at the expense of a gain. “It’s why people buy insurance,” Platt says. “We seem to be really afraid of losses, of any possible risk of losing money or anything else.”

One theory in the field says that losses are felt more profoundly than the happiness derived from a gain. To build on that notion, the Penn team created a gambling-task experiment that tracked eye movement and pupil dilation during the decision-making process. Ninety-four participants, each wearing an eye-tracking headset, went through two rounds of 100 trials. In each trial, they had to accept or reject a gamble that offered a possible gain or loss of $1 to $10.

For a study like this to succeed, participants must feel that their decisions aren’t purely hypothetical, so at the outset, the research team gave every person $10. “They gambled with that over the 200 trials,” Platt says. “Whatever they ended up winning, they took home.”

With dataset in hand, the research team then turned to a computational model based on a decision-making theory that says that the brain sequentially gathers information over time, then uses that evidence to tip the scales in one direction or another. Platt explains with the example of a yellow traffic light. As you approach a yellow light, do you hit the brakes or the gas?

It depends on where your eyes go, when, and for how long. Evidence for stopping—a person walking nearby, other cars on the road—go into one bucket, and evidence for continuing, like a clear road ahead or beautiful weather, go into other. “When one ‘fills up,” it’s the equivalent of hitting a threshold and you make a decision,” he says. “We know now that this is what our brain does, accumulating evidence toward one decision or another.”

Neuroscientists also know that the more someone looks at a single spot or item, the more of a boost it gets compared to other information that could have been gathered. That affects the choice made. “That’s why eye-tracking is really important and useful. Where people look indicates their biases, the information that’s important to them, and it becomes highly predictive of the decision they’ll make.”

In the case of the gambling task, the two buckets comprised acceptance or rejection of each gamble. Platt’s team surmised that, because people are generally more sensitive to loss, for each gamble they would spend more time looking at the loss option over the gain. For the most part, that turned out to be true.

But the researchers also noticed that some participants rejected outright any gamble with a potential loss, regardless of the amount. In the rare moments that they challenged the default, opting instead to take the gamble, their eyes began to dilate half a second before they made the decision. “We could predict when someone was about to accept a gamble just by the increased size of their pupil,” Platt says.

Ultimately, understanding how this particular neurological process works could allow for personalized interventions. For example, knowing that where a person looks and for how long influences decision making, it’s possible that subtle suggestions—larger or bolder font on a page, for instance—could discreetly direct the gaze.

Platt and colleagues are working on a large study to test that theory, and preliminary data so far confirm their hypotheses. They’re also conducting a study in conjunction with Vanguard to look at whether these biological processes and the biomarkers associated with them change systematically as people get older. It’s an extension of the study they just published in PNAS.