In 2015, scientists at MIT and Harvard identified a novel gene editing system called CRISPR-Cpf1, which was simpler and easier to use than the CRISPR-Cas9 system. 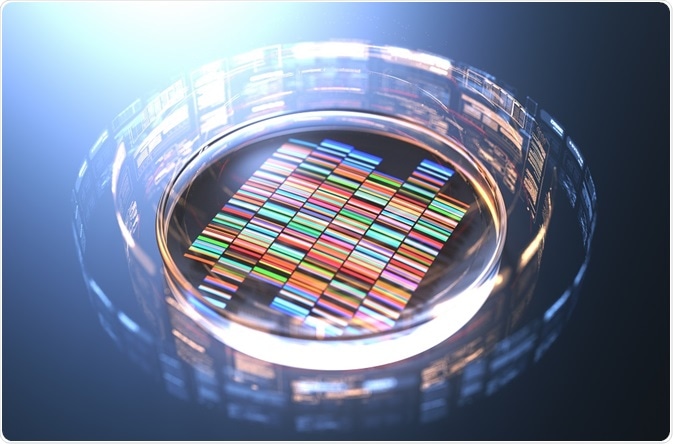 CRISPR-Cas9 is  a gene editing tool that is used to remove, edit, or add parts of the DNA within a genome. It consists of two critical components: a guide RNA and  an endonuclease enzyme called Cas9.

The guide RNA is complementary to the target DNA sequence. Binding of the guide RNA to DNA instructs the Cas 9 enzyme to make a double-stranded break in the DNA. CRISPR sequences were first found in 1987, but their biological functions were only discovered in 2010 and 2011.

CRISPR-Cas systems can be divided in to two classes:

Several variations of class 1 and class 2 have been identified, but all of them use endonucleases of Cas9 family as effectors. However, the CRISPR-Cpf1 system uses a large protein called Cpf1 (1,300 amino acids) as the effector. Cpf1 is present in Prevotella and Francisella bacteria and forms the basis of their acquired immune response.

The synthetic biology team at Broad Institute in Cambridge, Massachusetts and their colleagues were searching different types of bacterial genome database to look for sequences similar to Cas9 when they found Cpf1, a protein present in some bacteria with CRISPR.

On inspecting the Cpf1 protein from 16 different bacteria, they discovered that Cpf1 enzymes from Acidaminococcus and Lachnospiraceaeit bacteria acts as molecular scissors and could cut DNA in human cells. Also, they found that Cpf1 had avery different mechanism of action  to Cas9

The Cpf1 consists of the following domains: α/β, RuvC-I, RuvC-II, zinc finger domain. The N terminal region of Cpf1 protein has a mixed α/β structure and a RunC-like nuclease domain which is distantly related to the nuclease domain of Cas9. However, in contrast to Cas9, Cpf1 lacks a second HIN endonuclease domain.

Mechanism of action of Cpf1

The CRISPR-Cpf1 system consists of Cpf1 enzyme and guide RNA (gRNA). The gRNA guides Cpf1 to a specific position in the genome where Cpf1 subsequently cuts the double stranded DNA. After the specific region is cleaved, the break is repaired using non-homologous end joining (NHEJ) or homology-directed repair (HDR).

Differences between Cpf1 and Cas9

The guide RNA in CRISPR-Cas9 consists of a target-specific CRISPR RNA (crRNA) and an auxiliary trans-activating crRNA (tracrRNA), whereas CRISPR-Cpf1 arrays do not have this additional tracrRNA. Thus, the Cpf1 system needs only one RNA molecule to cut DNA instead of two.

This allows CRSIPR-Cpf1 to be much smaller than CRISPR, making it easier for the enzyme to enter cells and tissues.

The CRISPR-Cpf1 system recognize target DNA sequences using a short T-rich protospacer-adjacent motif (PAM), which precedes the region of interest. On the other hand, CRIPR-Cas 9 system recognizes a G-rich PAM region which follows the target DNA sequence. As the Cpf1 cuts far away from the target gene, editing can be performed several times in order to ensure correct cutting of the target sequence. The different recognition sequences in Cpf1 and Cas9 also leads to more flexibility to choose the target sites.

Sticky ends are easier to work with as they will only pair with a complimentary sticky end, whereas a blunt end can be inserted on any end. Thus, sticky ends can generate more specific and controlled DNA insertion compared to blunt ends. Also, blunt ends can often undergo mutations upon rejoining.

Dr. Surat graduated with a Ph.D. in Cell Biology and Mechanobiology from the Tata Institute of Fundamental Research (Mumbai, India) in 2016. Prior to her Ph.D., Surat studied for a Bachelor of Science (B.Sc.) degree in Zoology, during which she was the recipient of anIndian Academy of SciencesSummer Fellowship to study the proteins involved in AIDs. She produces feature articles on a wide range of topics, such as medical ethics, data manipulation, pseudoscience and superstition, education, and human evolution. She is passionate about science communication and writes articles covering all areas of the life sciences.