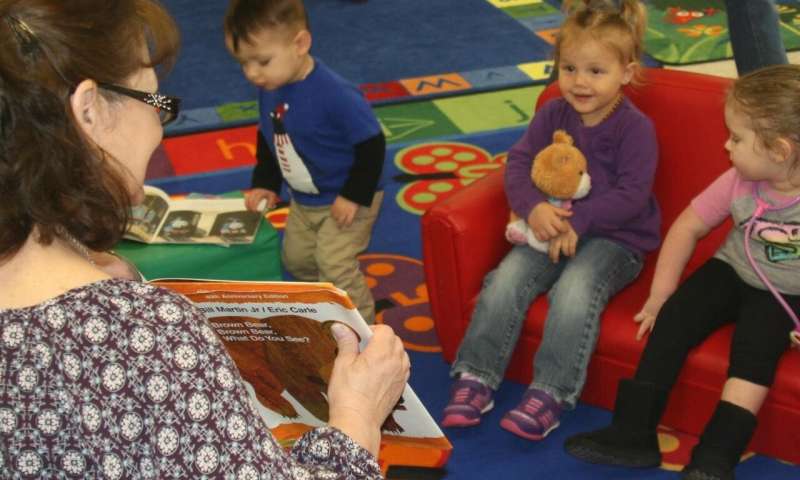 Gesture and prosody (stress, rhythm and intonation) play an important role in the development of children’s communication skills. Studies have traditionally focused rather on the role played by these elements in the early acquisition of lexical and morphosyntactic elements and less at older ages, when children use prosody and gesture to express pragmatic meanings such as politeness.

“Despite evidence that children are sensitive to facial gestures and prosody for detecting emotions, until now there was conflicting evidence as to whether preschool children use these cues to deduce speakers’ politeness,” comments Pilar Prieto, an ICREA research professor at the Department of Translation and Language Sciences (DTCL) at UPF and principal investigator of a research area that has produced a study published in the advanced online edition of Journal of Politeness Research Language, Behaviour, Culture. A new study of which Iris Hübscher (University of Zurich, Switzerland and UPF) is first author and principal investigator, together with Laura Wagner, co-author, and researcher at Ohio University (USA).

In this study, the authors set out to investigate whether preschool children inferred a speaker’s affective stance and degree of politeness taking into account the role of prosodic cues and facial expressions. This is the first study to show that 3-year-olds are sensitive to the meaning of politeness that is conveyed through intonation and facial cues.

For the study, they designed an experiment in which children listened to a request addressed to them of the type ‘Can you hand me [this toy]?’ (either followed or not by please) delivered politely and impolitely. Thirty-six English-speaking US children aged three years participated in this experiment to find out if children deduced a speaker’s politeness through intonation and/or facial gestures and in different formats, both audio mode and visually, and in both modes simultaneously.

The results of the study show that children of three can recognize politeness through such prosodic cues as intonation, visual cues such as facial expressions, and the two together. And most importantly, unlike previous studies, the study shows that both intonation and facial expression are equally strong signals to make children understand the polite stance of a speaker.

“This has implications for parents, carers and preschool teachers because it suggests gaining awareness of children’s social and pragmatic behaviour, which often only focuses on verbal content,” highlights Hübscher, the principal investigator of the study. Furthermore, Pilar Prieto also says that the study highlights the importance of sensitizing children to the great possible variety of expressions of politeness and not only to verbal contents such as the use of ‘please.’