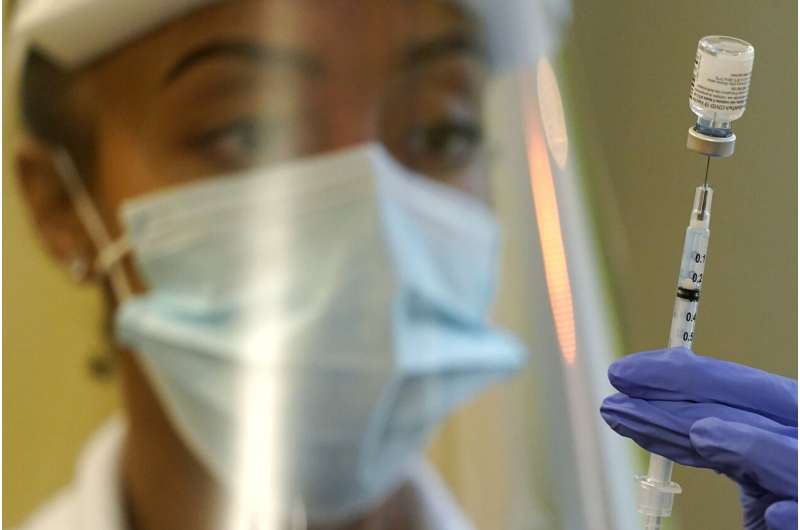 With booster doses of Pfizer’s COVID-19 vaccine now authorized in the U.S., government advisers reconvened on Thursday to tackle the most contentious question yet: Exactly who should roll up their sleeves right away?

Late Wednesday, the Food and Drug Administration signed off on extra shots of the Pfizer formula for a broad swath of Americans: those 65 and older, people at high risk of severe illness, and health care workers and others in danger of becoming infected on the job.

But that was not the last hurdle. The Centers for Disease Control and Prevention sets final U.S. policy on who qualifies for the extra shot. The CDC’s advisers were set to vote Thursday on how many of the roughly 26 million Americans who had their last Pfizer shot at least six months ago should go ahead and get that third dose.

The widespread dispensing of the boosters would represent an important new phase in the nation’s vaccination drive. Britain and Israel are already rolling out a third round of shots over strong objections from the World Health Organization that poor countries don’t have enough for their initial doses.

The priority still is vaccinating the unvaccinated “here in America and around the world,” CDC Director Dr. Rochelle Walensky told the meeting.

She acknowledged that the data on boosters “are not perfect.” “Yet collectively they form a picture for us,” she said, “and they are what we have in this moment to make a decision about the next stage in this pandemic.” 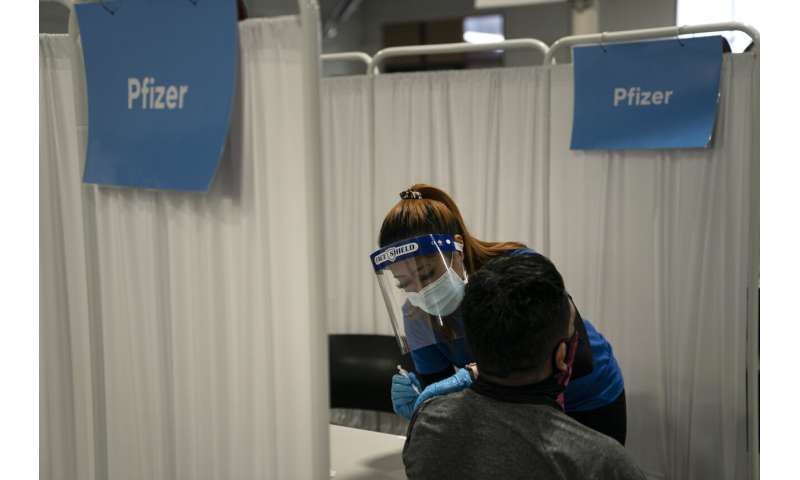 Whatever the CDC decides, millions more Americans still will face confusion—those who received Moderna or Johnson & Johnson shots early in the vaccine rollout. The government still hasn’t considered boosters for those brands and has no data on whether it’s safe or effective to mix-and-match and give those people a Pfizer shot.

The COVID-19 vaccines used in the U.S. still offer strong protection against severe illness, hospitalization and death, but immunity against milder infection appears to be waning months after people’s initial vaccination.

The FDA rejected a sweeping Biden administration plan announced a month ago to offer boosters to the general population, instead embracing a more targeted approach for now. Acting FDA Commissioner Dr. Janet Woodcock cautioned that booster decisions could very well change as real-world data come in.

“As we learn more about the safety and effectiveness of COVID-19 vaccines, including the use of a booster dose, we will continue to evaluate the rapidly changing science and keep the public informed,” Woodcock said.

The CDC advisory panel had been considering boosters for senior citizens, nursing home residents and front-line health care workers, rather than all adults. But the committee’s two-day meeting opened on Wednesday with many members warning that the priority of the vaccination campaign should be protection against severe disease, not infection.

They also wrestled with how to tell when a booster is needed. While an extra dose revs up numbers of virus-fighting antibodies, those naturally wane over time and no one knows how long the antibody boost from a third Pfizer dose will last—or how much protection it really adds since the immune system also forms additional defenses after vaccination.