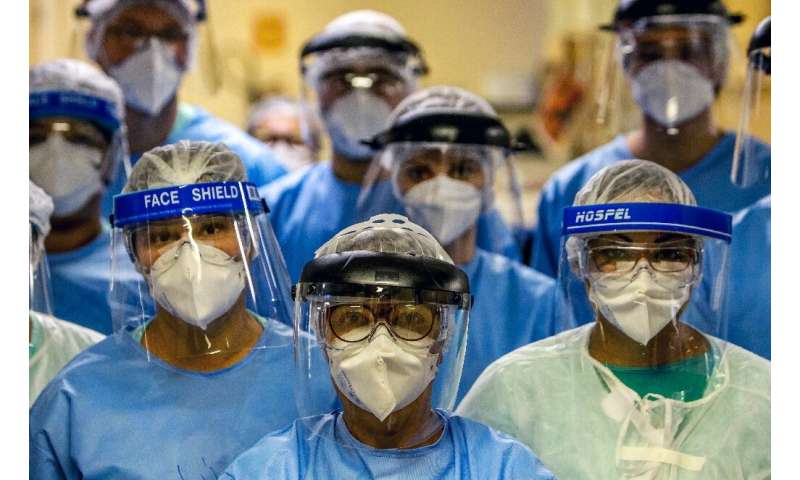 Brazil recorded its highest number of coronavirus deaths in a day as Latin America began to feel the full force of the pandemic, while the World Health Organization agreed to investigate its response to the crisis.

With infections rapidly approaching five million, deaths topping 320,000 and the global economy devastated, there are fears that the worst is yet to come for the poorer parts of the world as they desperately try to contain the spread of the virus.

There was an alarming surge on Tuesday in Brazil as daily COVID-19 deaths crossed 1,000 for the first time, but far-right President Jair Bolsonaro remains bitterly opposed to lockdowns, having described them as unnecessary over a “little flu”.

“Our country is going from bad to worse, it is getting worse,” said retiree Gilberto Ferreira in Rio de Janeiro. “We have an inefficient government, and the people also do not obey the rules of the pandemic.”

Infections in Brazil—already the third-highest globally—were climbing by the thousands, with the outbreak in the world’s sixth-largest country expected to accelerate until early June.

The coronavirus surge in Latin America has forced some areas to suspend their plans to loosen restrictions, with Argentina’s second city Cordoba rolling back plans to ease a lockdown because of a spike in infections. 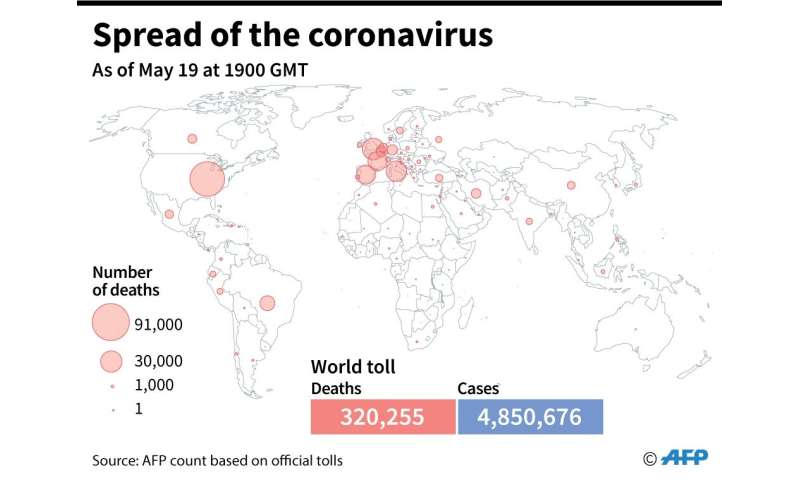 There have been warnings about the impact of the pandemic on the least privileged communities, and World Bank chief David Malpass said Tuesday that up to 60 million people could be “pushed into extreme poverty”.

In a worrying illustration of the mounting economic pressure, Chile—which is also suffering from a sharp rise in cases—deployed soldiers on the outskirts of its locked-down capital Santiago after clashes with protesters angry about food shortages and job losses.

“They don’t have jobs, they are locked up in their house, they can’t go out to look for work,” said Jorge, an unemployed carpenter. “They are forcing the Chilean, the worker, to go out and steal.”

On the other side of the world, authorities were scrambling to move people to safety while also trying to prevent the spread of the coronavirus as the fiercest cyclone in decades in the Bay of Bengal bore down on millions of people in eastern India and Bangladesh. 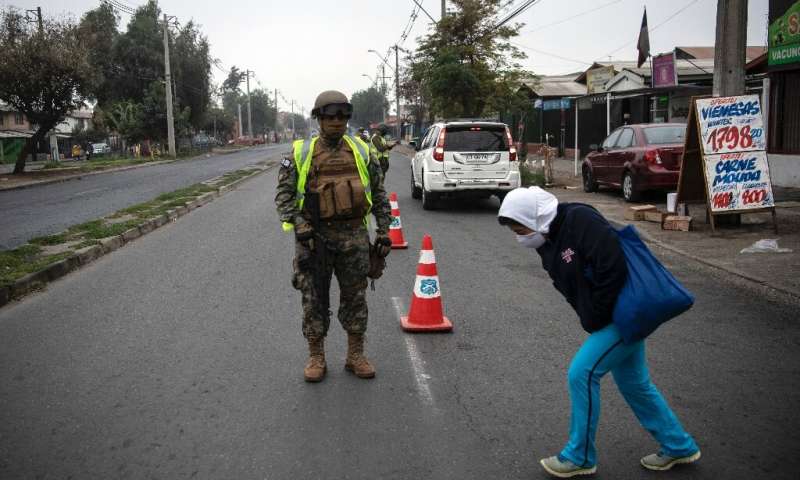 The grim numbers from Latin America came as the World Health Organization agreed to launch an independent investigation into its handling of the outbreak after scathing attacks from the United States, which is locked in a feud with Beijing over the pandemic.

President Donald Trump has threatened to permanently cut US funding to the WHO, accusing the UN body of being a “puppet of China” and helping Beijing cover up the initial outbreak.

China has furiously denied the allegation, saying the US is making such claims to “shirk responsibility and bargain over its international obligations to the WHO”.

Russia has denounced Trump’s threat, and the European Union has also backed the WHO, saying it was “not the time for finger pointing”.

The row has threatened efforts to coordinate a global response to the pandemic, but the American president has dug in and continued to target China and the WHO as he faces intense domestic pressure to find a way out of the crisis. 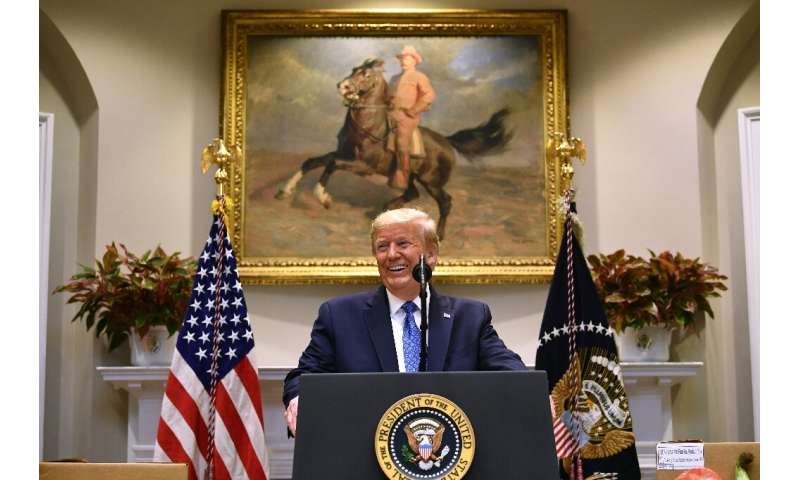 The United States is the worst-hit country in the world, with nearly 92,000 COVID-19 deaths and over 1.5 million cases, and many are wearying of the social distancing measures that have hammered the world’s biggest economy and left tens of millions unemployed.

Trump is keen to see an end to confinement measures in the US with the presidential election due in November, and his Treasury Secretary Steven Mnuchin warned the American economy risks suffering “permanent damage” the longer the lockdown continues.

Since first emerging in central China late last year, the virus has transformed life and business around the world with its impact felt in multiple ways, from once-busy city centers falling silent to significant environmental changes.

Researchers reported Tuesday that global carbon dioxide emissions from fossil fuels are set to drop by up to seven percent in 2020 because of the pandemic, the sharpest decline since World War II. 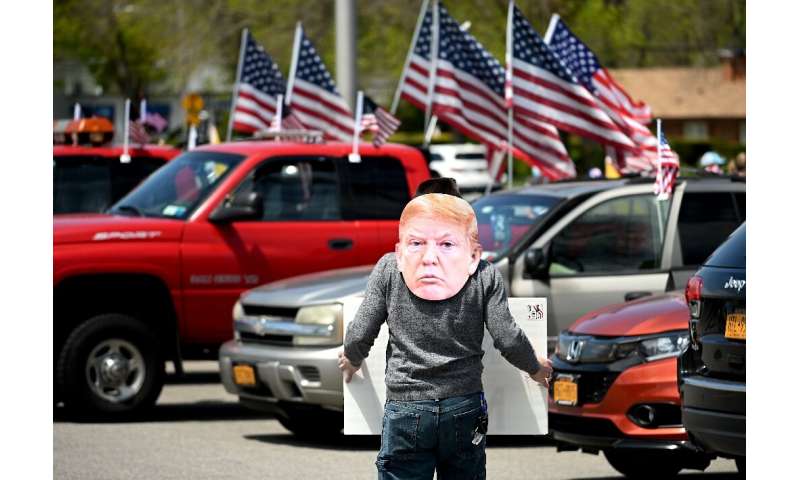 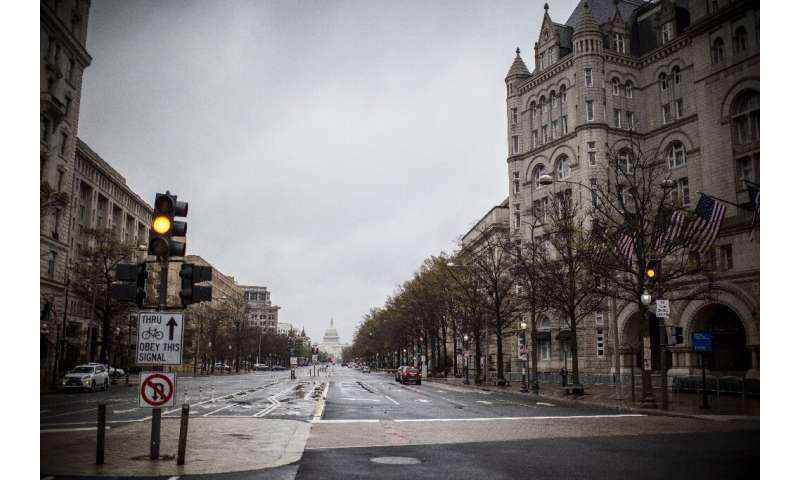 But the dramatic drop would still “make barely a dent in the ongoing build-up of carbon dioxide in the atmosphere”, said Richard Betts, head of climate impacts research at Britain’s Met Office Hadley Centre.

And as Asia started to assess the damage caused by the pandemic, some countries have realised there have been some unforeseen benefits, despite the larger economic destruction.

Vietnam has seen a drop in crime during its nationwide isolation, Hong Kong has hailed an early end to its annual flu season, and now Thailand—notorious for its high number of road fatalities—has seen a marked improvement in safety.

“Accidents have gone down quite a lot,” said Banjerd Premjit, chief of an emergency medical team operating just outside Bangkok, crediting Thailand’s virus measures—including a ban on alcohol sales—for the trend.