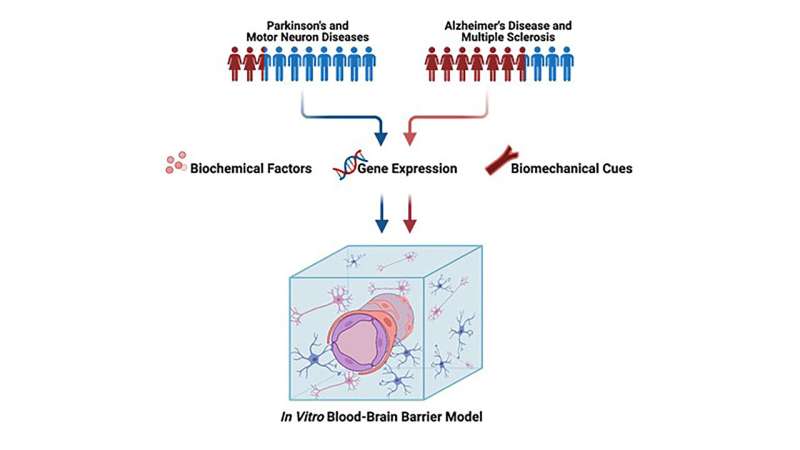 Men and women are impacted differently by brain diseases, like Alzheimer’s disease and Parkinson’s disease. Researchers are urging their colleagues to remember those differences when researching treatments and cures.

That is progress from just a few years ago, said Alisa Morss Clyne, director of the university’s Vascular Kinetics Laboratory.

“I have worked with vascular cells for 20 years and, up until maybe about five years ago, if you asked if the sex of my cells mattered at all, I would have said no,” Clyne said. Then, she worked on a difficult study in which data appeared “all over the place.”

“We separated the cell data by sex, and it all made sense,” Clyne said. “It was an awakening for me that we should be studying this.”

As of 2020, an estimated 5.8 million Americans were diagnosed with Alzheimer’s disease, another 1 million with Parkinson’s disease, 914,000 with multiple sclerosis, and 63,000 with motor neuron disease. These diseases happen when nerve cells in the brain and nervous system quit working and, ultimately, die.

The changes are associated with the breakdown of what is called the blood-brain barrier—a border of cells that keeps the wrong kind of molecules in the bloodstream from entering the brain and damaging it.

Published research has shown differences in the blood-brain barriers of men and women. Some of the research suggests the barrier can be stronger in women than men, and the barriers in men and women are built and behave differently.

That could factor into known differences in the sexes, such as Alzheimer’s disease being more prevalent in older women than men, while Parkinson’s impacts men more frequently and tends to do so more severely.

The authors said they hope their article will serve as a reminder to researchers not just in their own field, but across the sciences, that accounting for sex differences leads to better results.