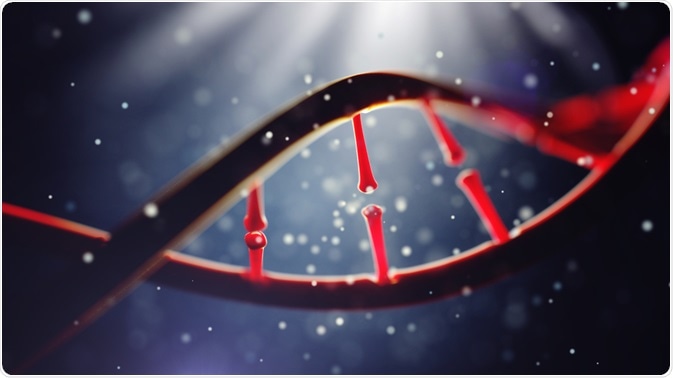 DNA methylation is an epigenetic mechanism to regulate gene expression and involves adding a methyl group to a cytosine base. Abnormal methylation patterns have been associated with several conditions and diseases, such as cancer. Since the development of WGBS, it has been applied to study epigenetic reprogramming, epigenetic signatures, and others.

The method was initially attempted on Aradopsis thaliana, a plant, due to its relatively small genome. It has since then proven capable of analyzing around 90% of all cytosines that have been attempted. The WGBS technique has been applied to the genomes of humans, mice, corn, and soybean.

Stem cells are undifferentiated cells that retain the capacity to become any type of cell, such as neurons or muscle cells. This makes them of great interest for developmental biologists and eventual applications in medicine, to understand what makes them different from mature cells.

The first genome wide, single base resolution maps of methylated cytosines in human embryonic stem cells and fetal fibroblasts showed big differences between the two. In embryonic cells, almost one fourth of all identified methylation was in a non-cytosine guanine (CG) context, whereas in the fetal cells 99.98% of methylcytosines were in the GC context.

Non-CG context means it was in CHG or CHH, where H represents adenine, thymine, or cytosine. Before this, it was predominantly believed that nearly all methylation of mammalian DNA occurred in the CG context, whereas this study indicated that it may be a general feature in human embryonic stem cells.

Non-CG methylation appeared to be lost upon differentiation. The non-CG methylation was restored when fetal cells were manipulated into induced pluripotent stem cells. This also demonstrates that CHG and CHH methylation is not due to genetic differences, but instead is a characteristic of embryonic stem cells.

The previous study indicated that stem cells, whether induced pluripotent stem cells or embryonic stem cell, shared epigenetic features through methylation. Stem cells are tremendously important for therapeutic purposes and the study of diseases. They differ from somatic cells by epigenomic transformations, rather than genetic ones, making studying their methylation pattern highly interesting.

DNA methylation is important during normal development in mammals. In particular, non-CG methylation is widespread in pluripotent stem cells and oocytes.

Researchers have used WGBS to explore this concept further and have found out that almost two thirds of all methylation in mouse germinal vesicle oocytes occurs in a non-CG context. They also found that the methylation of non-CG sites accumulated during oocyte growth.

The inheritance of epigenetic programming is more common in plants than in mammals. A study focusing on methylation found that, by using WGBS, the plant germline preserved  CG and CHG methylation. This is in contrast to mammals wherein CHH methylation is lost in  microspores and sperm cells. However, it is restored by de novo DNA methyltransferase guided by small RNA after fertilization.

WGBS for the early diagnosis of diseases

Studies have demonstrated that WGBS can be used to detect abnormal methylation by screening for specific hyper-methylated suppressor genes as seen in cancers such as acute promyelocytic leukemia, gastric cancer and so on.

Applications of WGBS in forensic science

Forensic studies have been carried out on dried blood spot samples using WGBS after DNA extraction. The use of WGBS provides high quality samples that improve the analysis of DNA methylation on forensic stains.

In summary, WGBS is becoming increasingly popular in the study of DNA methylation due to the ability of this technique to estimate DNA methylation of bisulfite-converted genomic DNA at a single-nucleotide resolution.

Although WGBS is a very efficient tool for understanding epigenetic reprogramming, it is of equal importance to develop and maintain a cost-effective high-sequencing technology that can be used in varied fields of scientific research.

Sara is a passionate life sciences writer who specializes in zoology and ornithology. She is currently completing a Ph.D. at Deakin University in Australia which focuses on how the beaks of birds change with global warming.