In many cancers, not all areas of the tumor are the same; this is said to be “heterogeneous”. This is a process that occurs progressively. This can arise through genomic alterations (mutations and chromosomal alterations) acquired by tumor cells, which subsequently leads to a difference in the phenotype. 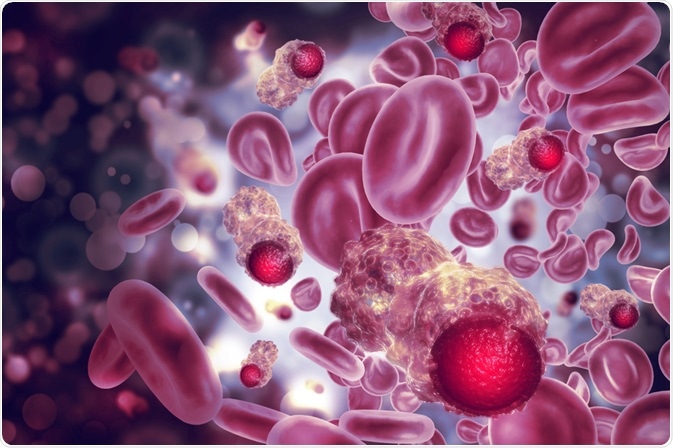 Another way in which a tumor gains heterogeneity is through the interaction of cancer cells with so-called “bystander cells” present in the microenvironment, such as stromal cells.

Why is this a problem? – the example of prostate cancer

A prominent feature of prostate cancer is its heterogeneity in the way the tumor responds to androgens (male hormones); studies have revealed that initially the tumor relies on androgens to survive and is thus responsive to therapies that aim to reduce the androgen levels.

As the tumor progresses, however, heterogeneity develops so that some parts of the tumor become resistant to these androgen targeting therapies. This, in turn, makes the tumor more likely to persist or recur and impacts its ability to become malignant.

A study has shown that during xenograft tumor formation (using a prostate cancer cell line, ARCaP), the ARCaP cells became heterogeneous through the irreversible acquisition of mesenchymal stromal characteristics from the xenograft.

So, clearly the interaction or fusion between cancer cells and stromal cells is important in understanding how a tumor becomes heterogeneous. How does this occur, and how can techniques using fluorescence help identify these mechanisms?

Looking closer, the authors noted that these fluorescent stromal cells actually had two nuclei with one bearing red fluorescence, further adding evidence for fusion between stromal and LNCaP cells.

In a separate study, the same group utilized dual fluorescence to aid the identification of cancer-stromal cell fusions. This allowed them to observe fusion events closer.

This then makes it simpler to identify the fusions, as it gives another marker that can be used for identification. Using this method, the authors found that fusion events began 7 days into co-culture and became frequent at 2 weeks. Subsequently, the frequency of fusion events kept increasing between weeks 2 and 4, when the frequency became stable at around 20-25% of stromal cells.

In another study, Jacobsen, and co. investigated whether human breast cancer cells were able to fuse with mouse stromal cells. Here, they took cells from a patient and created a xenograft in mice. Subsequently, cells were taken from the resulting tumor and were turned into the cell line BJZ32.

The authors then looked at the chromosomes in the resulting BJZ32 cells. They utilized fluorescence in situ hybridization, or FISH, where a green or red fluorescent dye was used to target the cot1 element of both human (green) and mouse (red) DNA.

This allows the visualization of chromosomes and the determination of where the chromosomes originated from. The authors found that 16% of these BJZ32 cells showed dual fluorescence, meaning they contained chromosomes from both humans and mice.

Dr. Maho Yokoyama is a researcher and science writer. She was awarded her Ph.D. from the University of Bath, UK, following a thesis in the field of Microbiology, where she applied functional genomics toStaphylococcus aureus . During her doctoral studies, Maho collaborated with other academics on several papers and even published some of her own work in peer-reviewed scientific journals. She also presented her work at academic conferences around the world.