A new survey revealed that nearly half of its respondents did not seek mental health treatment amid the coronavirus pandemic due to cost or lack of access and time.

The small-scale survey from LifeStance Health, a behavioral healthcare services provider, gathered responses from 1,623 Americans in late August on the state of their mental health and outlook on the nation’s civil unrest, economy, and the upcoming election, among other topics. The results of the survey were exclusively provided to Fox News.

The age of respondents tipped toward 45 to 60. Respondents’ race and ethnicity were not disclosed.

“The combination of six months of life under a pandemic, a presidential election taking place during a time of great divisiveness, and growing civil unrest is creating a tremendous amount of uncertainty, and this is having a cumulative, pervasive effect on the mental health of most Americans,” Dr. Anisha Patel-Dunn, a psychiatrist and Chief Medical Officer at LifeStance, told Fox News in an email statement.

Nearly half of the respondents reported taking prescription medication or vitamins and supplements to improve their mental health amid the pandemic. 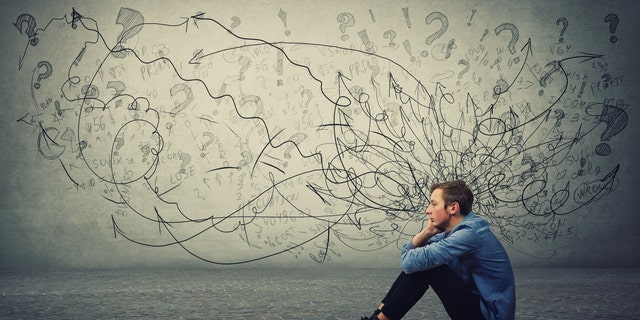 While one in four respondents reported increased feelings of rage and about 58% said they feel anxious or depressed over the upcoming election, the vast majority reported a positive mental health status. One psychiatrist said there could be an element of denial. (iStock)

"The discrepancy between the relatively low number of people seeking treatment and the large number of people taking medication or supplements to feel better is a reflection on the importance of making mental healthcare affordable and available to everyone,” Patel-Dunn said.

While one in four respondents reported increased feelings of rage and about 58% said they feel anxious or depressed over the upcoming election, the vast majority reported positive mental health status.

“We’re living in unprecedented times, and people are experiencing a tremendous number of conflicting emotions and feelings,” Patel-Dunn said. “On one hand, we see fear, anxiety, depression, and grief. But people want to feel good, they want to go back to their pre-pandemic lives – and the optimism being reported could reflect that very strong desire to return to more normal times.”

She added that there could be an element of denial.

“People are so programmed to respond to the question, ‘how are you?’ by saying they’re 'fine,'” she noted. “They don’t want to focus on the negative so it can be a coping mechanism.”

Approximately 48% of respondents reported feeling optimistic about the prospects of resuming normal life within a year, with most saying a vaccine or effective treatment for COVID-19 is the key to the path to normalcy, and nearly half of respondents were hopeful that "issues contributing to civil unrest will subside" in upcoming months.