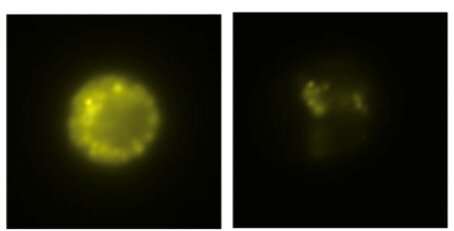 Mast cell precursor cells do not just cause an increase in mature mast cells during inflammation, they also play an active role in diseases like asthma. This finding is in a new study by immunology researchers published in the Journal of Allergy and Clinical Immunology. The study also emphasizes that precursor cells in general can play an active role in inflammation and challenges the current idea that only mature immune cells are involved in immune reactions.

“We have shown that mast cell precursor cells are activated immunologically when they are exposed to allergic stimulation. They can produce the cytokine IL-13, known to contribute to asthma development,” says Erika Mendez-Enriquez, an immunology researcher at Uppsala University.

Mast cells are rare immune cells found in tissues that come into contact with the external environment, such as the airways and the skin. Unlike other immune cells, mast cells develop from precursor cells that migrate to the tissues through the blood. Mast cells play a detrimental role in the development of asthma and allergies, mainly through their expression of the high-affinity receptor for IgE, the main antibody related to allergic reactions. Mast cells become activated when IgE bound to the IgE receptors binds to allergens and releases substances that trigger physiological reactions such as the contraction of the airways in allergic asthma.

Mast cell precursors are extremely rare in healthy individuals, but their frequency increases during inflammation, which later causes an increase in mature mast cells. It is well documented that mast cells increase with many types of inflammatory diseases.