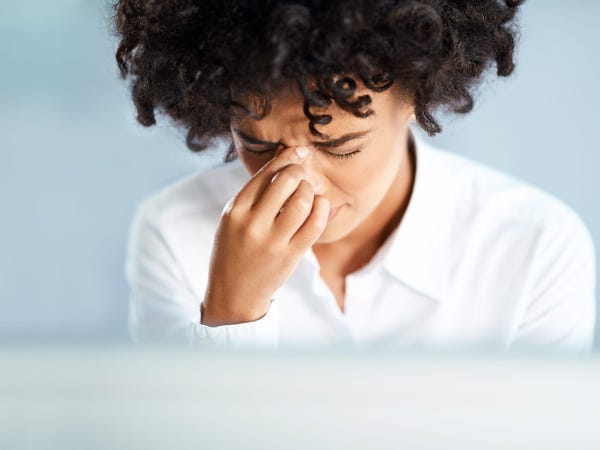 A 25-year-old woman's headaches, which were so intense they caused her vision problems, turned out to be from tapeworm eggs in her brain, doctors found.

According to the case report, published September 21 in The American Journal of Tropical Medicine and Hygiene, the unnamed Australian woman had blinding headaches two to three times every month since she was 18.

Though over-the-counter pain medication helped with symptoms, her vision got worse and the headaches kept returning, the woman decided to see a doctor.

To investigate the cause of woman's headaches, doctors performed an MRI and found what they believed to be a brain tumor.

But during surgery to remove the tumor, they made a shocking discovery: The lump wasn't a tumor, but a cyst filled with tapeworm larvae, or eggs.

They were able to remove the cyst without any complications, and the woman didn't need further treatment, according to the case report.

But if the larvae hatched and traveled to other areas in the woman's body, it could have left her in life-threatening condition.

That's because tapeworms, if left untreated, can cause cysticercosis, or larvae buildup in the nervous system, muscles, skin, and eyes that can lead to seizures, according to the CDC.

Doctors are unsure how the larvae got into her brain

In the case report, the doctors said they're unsure how the woman developed the cyst in the first place, since tapeworm infections aren't common in Australia.

In other countries where pigs roam freely, people are more likely to develop tapeworm infections and cysticercosis, That's because a person has to consume tapeworm eggs to become infected.

Usually, this occurs if someone consumes contaminated water or food, or if they touch a contaminated surface and then accidentally put their fingers in their mouth, the CDC website says.

But the woman in the case study was a barista and had never travelled outside of her home country, so doctors were surprised at her diagnosis.

The doctors theorized that her constant contact with tourists from all over the world due to her job may have made her susceptible.

"Although a clear source of infection was not established here, it is proposed that the patient had inadvertently ingested eggs of T. solium released from a tapeworm carrier who had cases with solitary brain lesions," they wrote.