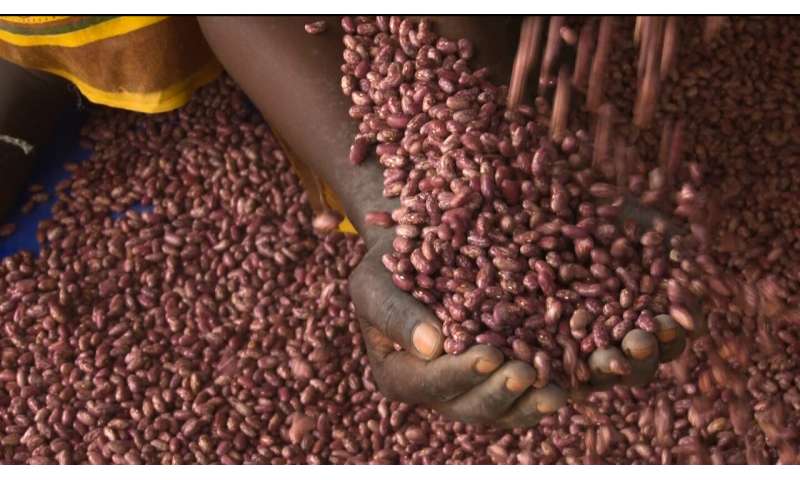 Anemia is a global health problem common in low-income countries. Severe cases can lead to fatigue, heart problems, and complications in pregnancy. When widespread, anemia can also weigh on national economies.

Anemia’s leading cause is iron deficiency. Unfortunately, iron supplements or diet diversification is not always an option for addressing anemia for the rural poor. Enhancing the iron content of farm-grown staples like beans may be a sustainable, inexpensive, and effective alternative, research shows.

A new study involving women of reproductive age in Rwanda, where 19% of that demographic is anemic, showed that a diet including high-iron beans can improve iron status and physical performance relatively quickly.

Published in the Journal of Nutrition in January, researchers say the study is the first food intervention to demonstrate that changes in hemoglobin or ferritin—indicators of blood iron levels—from consuming iron-enhanced beans twice a day (as traditionally consumed) improves work efficiency in iron-deficient women.

“Our study found that the increases in markers of iron status in women who consumed the iron-biofortified beans led to improvements in their work efficiency,” said Mercy Lung’aho, a co-author at the Alliance of Bioversity International and CIAT.

Iron-biofortified beans are varieties that are conventionally bred—meaning they are not genetically modified—to contain higher levels of iron. Consumption of biofortified crops is promoted by HarvestPlus, which is part of the CGIAR Research Program on Agriculture for Nutrition and Health (A4NH).

“This is the first study to show an effect of a food-based intervention on moderate levels of physical work capacity,” said Jere D. Haas, a co-author and Emeritus Professor of Nutrition at Cornell University.

The study builds on previous research in Rwanda that showed consumption of iron-biofortified beans was also linked to improved cognitive function in adult women.

The women in both groups received two meals a day over 18 weeks. Those who ate iron-biofortified beans, and whose hemoglobin (a measure of anemia) or iron status improved, exhibited a significant reduction in the energy needed to perform light physical work, such as walking, cleaning or other household chores.

In sub-Saharan Africa, 37% of women are anemic and nearly one in three cases is caused by iron deficiency. Iron-biofortified beans, currently available in 14 countries, contain up to twice the amount of iron as other common bean varieties. When eaten twice daily, these beans can provide up to 80% of daily iron needs.

“This study confirms that not only can biofortified beans effectively build up young women’s iron stores to ensure healthy future pregnancies, but also that regular consumption can potentially help women derive greater productivity from paid physical work (e.g., in agriculture) and not get physically fatigued as easily,” Boy said.

HarvestPlus, in collaboration with multiple partners, promotes high-iron beans and several other biofortified staple crops in countries worldwide. By the end of 2018, 1 in 5 bean growers in Rwanda grew biofortified beans, which are also high-yielding, disease-resistant, and tolerant of heat and drought.