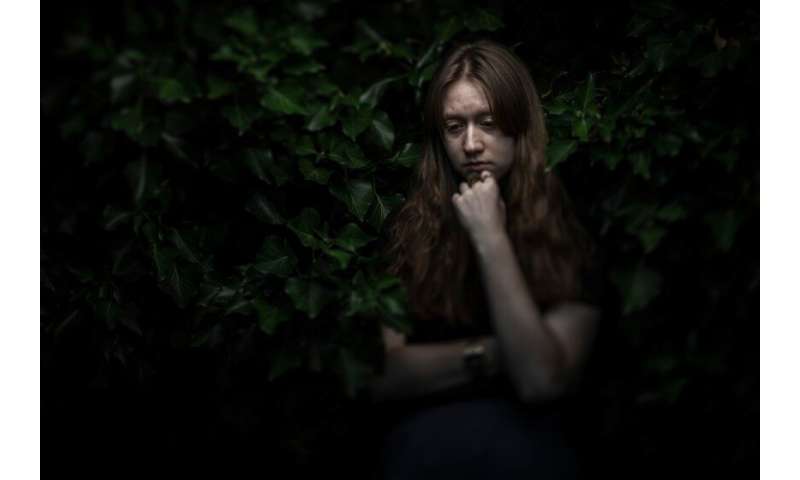 In the United States, girls represent only about 20% of autism diagnoses. While boys may simply be more likely to have autism than girls, mental health professionals suspect that girls are also more adroit at suppressing autistic traits, which could prevent their autism from being diagnosed, if it is diagnosed at all, until they are adults. Without an autism diagnosis, any mental health concerns these women experience may be misinterpreted.

New BYU research draws attention to the challenges such women face. The study, published in the journal Autism, showed a strong correlation between how much women with autistic traits camouflage—hide or compensate for autistic qualities to fit in—and the severity of their mental health concerns.

Of the 58 women in the study, who all had symptoms of autism, the majority reported frequently masking autistic characteristics. Troublingly, the majority also reported significant psychological distress—including depression (62%), stress (66%) and anxiety (67%)—and 62% reported past or present thoughts of suicide. More than half of the women additionally described difficulty in everyday functioning, such as maintaining friendships and successfully completing work tasks.

The findings have important implications for clinicians.

“Mental health providers face significant challenges in appropriately assessing and providing recommendations for women with autistic traits,” said Dr. Jonathan Beck, who authored the paper as part of his doctoral work in psychology at BYU.

Camouflaging is one reason why these challenges arise, the research suggests.

“There are teenagers and middle-aged women who have been struggling for years and are repeatedly misdiagnosed,” said Dr. Rebecca Lundwall, an associate professor of psychology at BYU and a leader of the study.

For many of the subjects, who were all between the ages of 18 and 42, participating in the study marked the first time they had shared their mental-health challenges in detail with anyone.

“They’re wondering ‘Why can’t I fit in, why don’t I understand when people are telling jokes and when they are serious, why are dating situations so difficult, what is wrong with me?'” Dr. Lundwall added. “And they are miserable.”

For the study, researchers recruited women who reported finding social situations confusing or exhausting and narrowed the sample by screening volunteers for autistic traits. Just one third of the subjects had been formally diagnosed with autism.

To analyze links between camouflaging and mental health concerns, researchers surveyed and interviewed the women and administered several face-to-face assessments, including an IQ test and a structured social interaction to evaluate observable autistic traits. Most of the women who volunteered had average or above-average IQs.

Everyone camouflages, the study leaders explained, but autistic women with average and above-average IQs, who may be more cognizant of or concerned about social situations, are thought to camouflage to a more extreme degree. And autistic women may camouflage more successfully than autistic men in part because girls are typically trained to be especially socially aware.

“Part of the reason we want to get these girls and women diagnosed earlier,” she emphasized, “is so that they can say, ‘Okay, that’s what’s going on, I’m not that unusual, I can find other people like me.’ They can feel like they have a tribe and are not alone.”