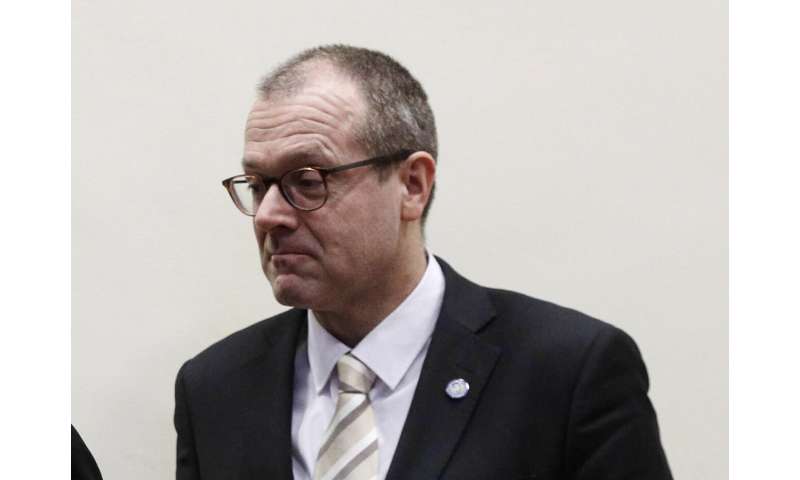 The World Health Organization’s Europe director said Thursday that the 54-country region has again reached a new weekly record for confirmed cases, with more than 1.5 million confirmed last week and more than 10 million since the start of the pandemic.

During a meeting with European health ministers, WHO European regional director Dr. Hans Kluge said, “hospitalizations have risen to levels unseen since the spring” and that deaths have risen by more than 30% in the last week.

“Europe is at the epicenter of this pandemic once again,” Kluge said. “At the risk of sounding alarmist, I must express our very real concern.”

Testing systems have been unable to keep up with widespread levels of transmission, and “test positivity levels have reached new highs,” with most European countries exceeding 5% and many cases spreading unchecked, he said.

Along with the usual European countries, WHO includes includes Russia and some central Asian countries like Tajikistan, Uzbekistan, Kazakhstan and Turkmenistan in its Europe region.

In the wake of France and Germany approving new restrictions in hopes of reversing the trend, Kluge called national lockdowns a “last resort option,” citing the considerable damage the measures inflict on economies, people’s mental health and the incidence of domestic violence.

He said lockdowns should give countries the chance to “recoup and scale up” so they can theoretically strengthen their health systems and contact tracing programs to quickly identify and stamp out new clusters.

But numerous countries across Europe such as Britain, failed to do so. Despite the U.K.’s nationwide lockdown earlier this year, the country’s contact tracing system remains unable to track down a significant percentage of the contacts of infected individuals. Many contacts also have refused to quarantine.

Kluge also urged politicians to be led by scientific data in their outbreak responses. The British government went against the advice of its scientific advisers to implement a nationwide lockdown in September, instead pursuing a strategy of localized restrictions which so far have had little impact on curbing the virus’ resurgence.

British scientists estimated Thursday that there are about 96,000 new infections every day and that the epidemic is doubling in size every nine days.

In France, officials cut the mandatory quarantine period from 14 days to seven after reasoning that most people were not complying anyway, although there was no scientific basis for the change in guidance.

“We are also confident that children and adolescents are not considered primary drivers of COVID-19 transmission,” he said.

He said data from the Institute of Health Metrics and Evaluation at the University of Washington estimated that a 95% compliance rate for mask-wearing could save more than 265,000 lives across Europe by February 1.

He warned that countries’ greatest concern at this point should be their health workers.