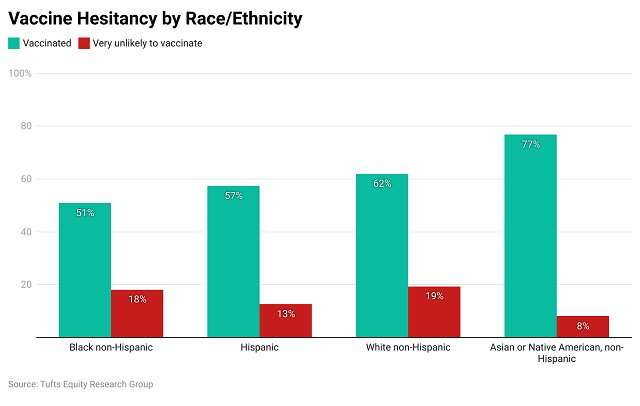 White people are more likely to have been vaccinated than Black people despite similar levels of vaccine hesitancy, or saying they are very unlikely to get a vaccine. Therefore, access to vaccines and other factors could be limiting vaccination efforts, according to a new, nationally representative study from the Tufts University Research Group on Equity in Health, Wealth and Civic Engagement.

Compared to other adult Americans, vaccine-hesitant people are younger, have less education and are more likely to trust former President Donald Trump. The study indicates that vaccine-hesitancy and access are both limiting factors in overall vaccination rates, and that these factors differ by race.

About 17 percent of the U.S. adult population currently say they are “very unlikely” to get a vaccination for COVID-19, according to the researchers.

This nationally representative survey by Ipsos, using its KnowledgePanel, for the Tufts research group was fielded online between April 23 and May 3, 2021 and had 1,449 respondents. 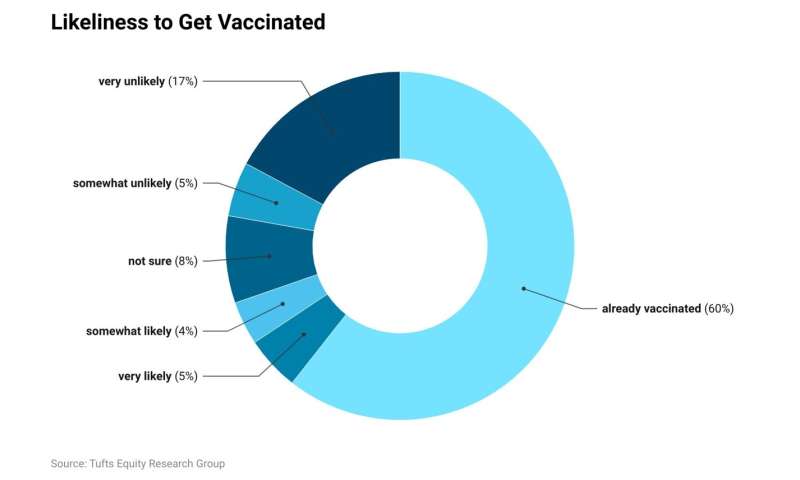 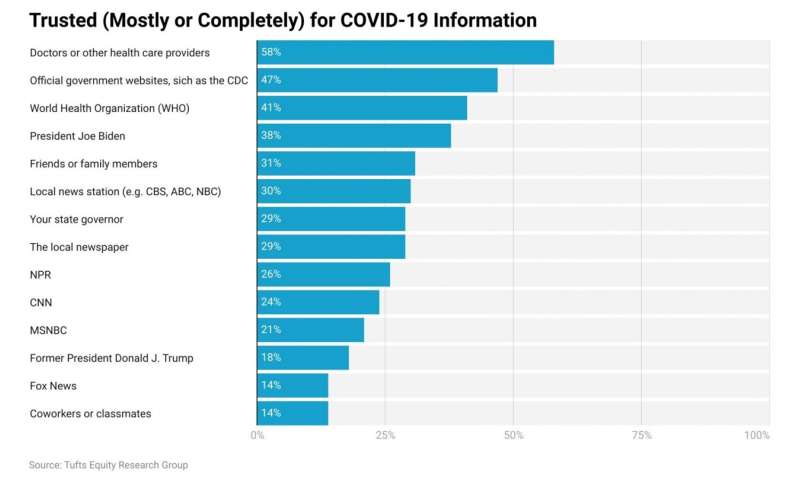 “Our finding that white people are more likely to have been vaccinated than Black people, despite similar levels of vaccine hesitancy, illustrates critical issues around vaccine equity,” said Jennifer Allen, a professor of community health in the School of Arts and Sciences at Tufts University and an expert on vaccine hesitancy. “Making the vaccine easily accessible in communities that have experienced a disproportionate burden of COVID infections and deaths is vital. Without this, inequities will be made worse.

“Offering mobile clinics to reach those who are amenable to taking the vaccine is critical,” she added. “In some localities, financial and other forms of incentives are being offered for those who are not opposed to vaccination, but who may need a nudge to get vaccinated. These are the types of new approaches that are sorely needed at this point to get as many people vaccinated as possible.”