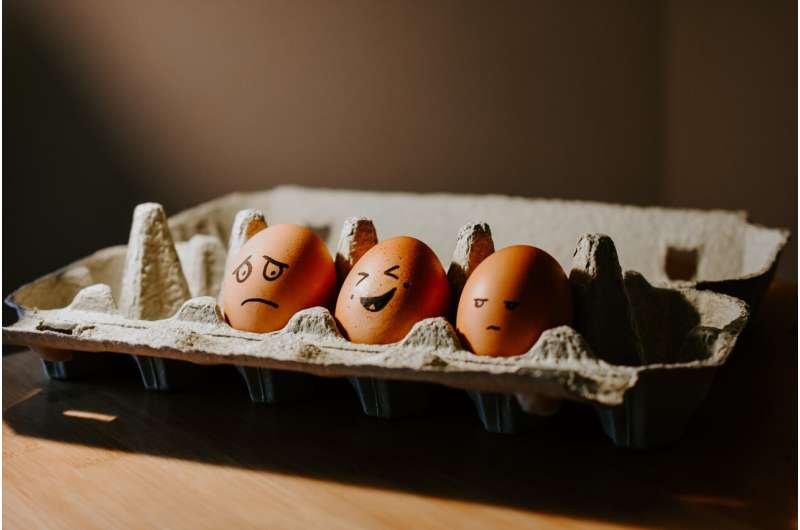 Without realizing it, we all rely on emotional regulation many times a day. It’s the process by which we mitigate the effect of disturbing stimuli in order to stay focused, improve our well-being and respond to demands from our environment.

Emotional regulation plays a key role in many mental illnesses and their treatment, including anxiety, mood disorders and borderline personality disorder.

Now Inès Zouaoui, a master’s student in psychology supervised by Professor Marc Lavoie at the Research Center of the Montreal Mental Health University Institute, has demonstrated that emotional regulation is associated with the action of theta waves in a specific part of the brain, the frontal cortex. Zouaoui is set to start her Ph.D. in biomedical science, psychiatry option, at UdeM this fall.

Building on the results of a 2013 study that showed theta waves are generated during emotional regulation, the Montreal research team gave 24 subjects a cognitive reappraisal exercise.

“We used cognitive reappraisal, which basically involves re-interpreting the meaning of a situation, to carry out an experimental study of emotional regulation,” explained Zouaoui. “Our goal was to decipher the electrocortical mechanisms that accompany this complex process.”

They attached electrodes to the scalps of the 10 men and 14 women to record the electrical activity in their brains in response to upsetting images, such as a man armed with a knife or a threatening dog.

While their brain activity was being continuously measured and recorded using electroencephalography, the subjects were instructed to either increase, decrease or maintain their feelings of aversion, depending on what group they were assigned to. This step also involved cognitive reappraisal. After a few seconds, the image disappeared and the emotional regulation phase ended.

“We performed more detailed analyses of the encephalograms than what was done in the previous study to measure the frequencies of the brain waves generated during cognitive reappraisal and found only theta waves, which oscillate between 4 and 8 Hz,” Zouaoui reported. “So theta waves can be considered a marker of emotional regulation.

The use of electrodes also enabled the research team to pinpoint the precise region of the brain responsible for generating the theta waves: the frontal regions involved in cognitive control.