Bonding with her baby! Nearly three months after her daughter Oonagh’s secret arrival, Amber Heard gave a glimpse of her growing girl.

“You can take the gal out of LA, but you can’t take LA out of the gal. #notajuicer,” the actress, 35, captioned a Tuesday, July 6, Instagram video of herself drinking green juice while holding her 2-month-old. Oonagh stared at the cup while wearing a rainbow-patterned onesie. 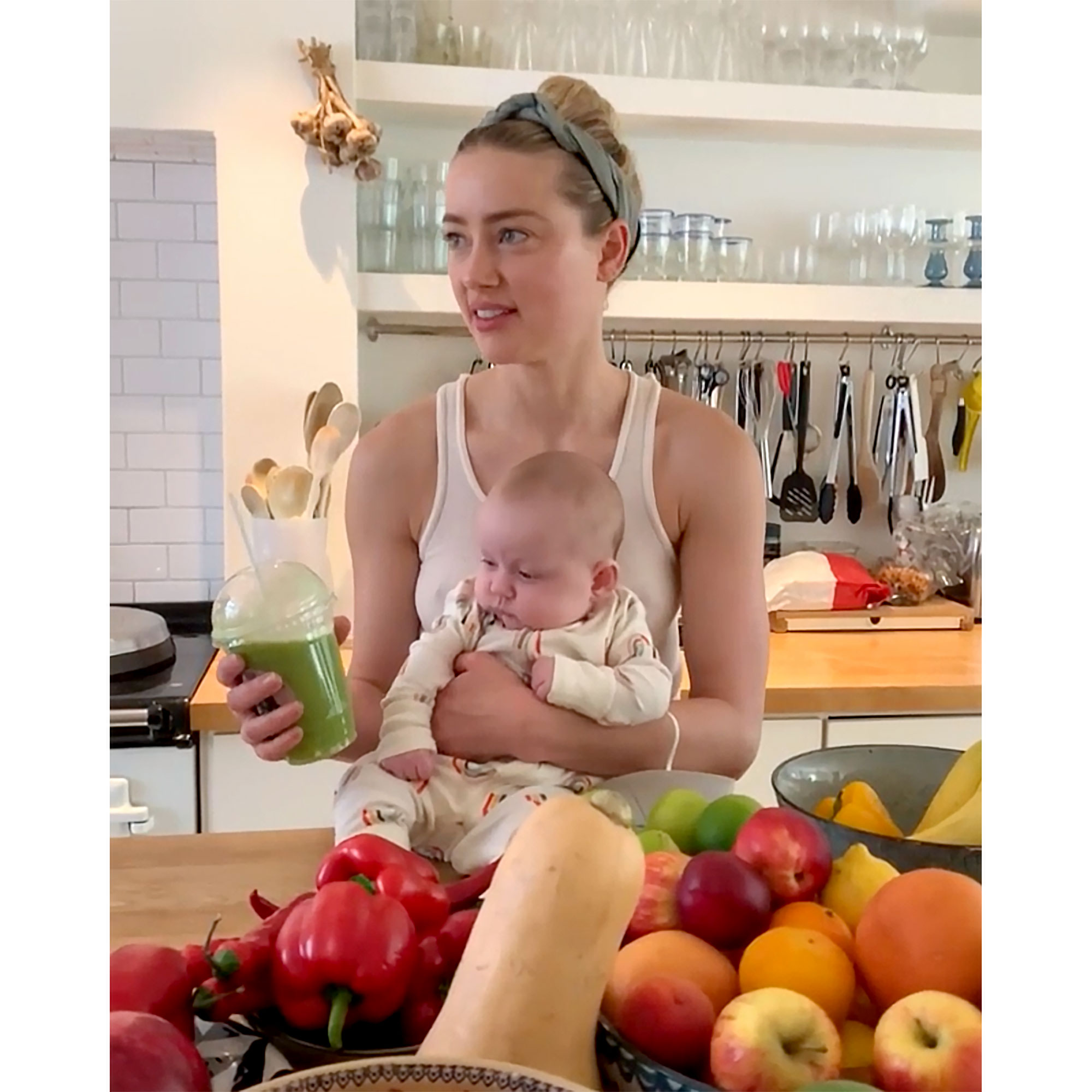 “I’m so excited to share this news with you,” the Texas native captioned a mother-daughter shot via Instagram on Thursday, July 1. “Four years ago, I decided I wanted to have a child. I wanted to do it on my own terms. I now appreciate how radical it is for us as women to think about one of the most fundamental parts of our destinies in this way. I hope we arrive at a point in which it’s normalized to not want a ring in order to have a crib. A part of me wants to uphold that my private life is none of anyone’s business. I also get that the nature of my job compels me to take control of this.”

Heard went on to write, “My daughter was born on April 8, 2021. Her name is Oonagh Paige Heard. She’s the beginning of the rest of my life.”

The Rum Diary star was married to Johnny Depp from 2015 to 2016 and shared a sweet bond with his and Vanessa Paradis‘ two children, daughter Lily-Rose, 22, and son Jack, 19.

The previous year, Depp, 58, told press that he was open to expanding his family. “As far as having more kids, it’s easy for me – and Amber should have the opportunity to have kids if she wants,” the actor said at the 2014 Transcendence premiere. “Let’s face it, practicing for it is fun and it’s all wonderful.”

The Kentucky native joked that he would be willing to “make a hundred” children because he loves kids, going on to call his eldest “a sharp kid.”

Depp gushed at the time: “She’s very sophisticated, super intelligent and scary. … She could be the sweetest thing in the world, which most of the time she is, and suddenly I’m in trouble for something.”