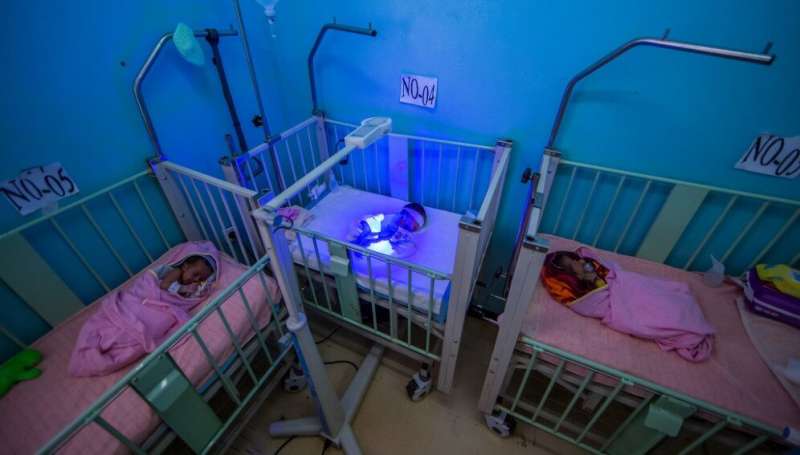 Child deaths from surgical conditions such as birth defects are too high in sub-Saharan Africa compared with high-income countries because of a lack of focus on surgical diseases in children in the region, a study finds.

Researchers looked at some of the most common surgical conditions in children, including hernias, appendicitis, and intestinal defects, such as blockages. These can be present from birth or acquired at a later stage.

“These conditions lead to preventable deaths if not adequately managed,” says William Appeadu-Mensah, coauthor of the study and a senior lecturer at the University of Ghana’s department of surgery.

“Most children with an intestinal obstruction will die from hunger and thirst if not treated. However, surgical procedures on time can help relieve these obstructions and lead to a full productive life.”

Globally, 1.7 billion children do not have access to safe, affordable, surgical care when they need it, says Appeadu-Mensah. “Sub-Saharan Africa, where up to 50 percent of the population are children, has almost one-third of the world’s burden of surgical diseases and half of the world’s under-five deaths,” he adds.

The study, published in the BMJ Global Health journal this month, was undertaken in 51 hospitals providing pediatric surgical care across 19 countries in sub-Saharan Africa, covering the period October 2016 to April 2017.

Researchers identified pediatric surgical conditions such as gastroschisis—where the stomach wall separates—and anorectal malformation, a birth defect in the anus that negatively impacts the normal passage of stool. Researchers also compared deaths among children of up to 16 years old with those of similarly aged children in high-income countries.

According to the study, deaths from gastroschisis and anorectal malformation were 75.5 percent and 11.2 percent in sub-Saharan Africa compared with two percent and three percent respectively in high-income countries.

Appeadu-Mensah tells SciDev.Net that there is a need for increased investment and actions to improve surgical care in sub-Saharan Africa if the region is to end preventable deaths in neonates and children under five by 2030, as targeted by the Sustainable Development Goals.

Appeadu-Mensah says that policymakers should do more to provide resources to help diagnose and manage children when they are born with surgical conditions.

Stephen Tabiri, a coauthor and dean of the University of Development Studies Medical School in Ghana, says that birth defects are now the fifth leading cause of death in children under five years of age globally, with most deaths occurring in the newborn period.

“In high-income countries, most women receive antenatal ultrasound scan to assess birth defects,” says Tabiri. “If identified, this enables the woman to give birth in a hospital with children’s surgical care so the baby can receive help as soon as it is born.”

Seyram Wordui, a pediatrician at the Korle Bu Teaching Hospital in Ghana, calls for the transfer of skills from high-income countries to Sub-Saharan Africa.