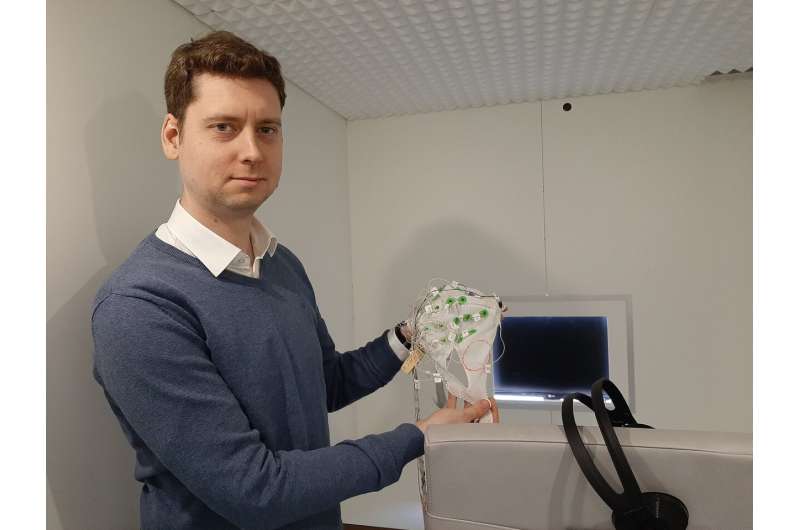 Researchers from University of Tübingen (Tübingen, Germany) and Ural Federal University (Ekaterinburg, Russia) have developed and experimentally tested new method to understand how the brain builds associations between previously unrelated words. The findings are published in Journal of Neurolinguistics.

“We get a neural index of how people learn new associations between words—in fact, a language,” said Yuri Pavlov, a researcher at the Department of Psychology at Ural Federal University and the Institute of Medical Psychology and Behavioral Neurobiology at University of Tübingen. “At the same time, this index is completely independent from behavioral responses. The brain itself informs us what it has learned.”

At the first stage of the experiment, the participants listened to five pairs of semantically unrelated words, each pair repeated 20 times. For example, the participants could hear such word pairs as carriage-text, death-fruit, seriousness-cow. Then, to the freshly learned pairs, other similarly weird new pairs were added. The experiment showed that the brain responses to the learned word pairs rapidly attenuated and, after 20 repetitions, did not differ from the responses to familiar word pairs such as coffee-cream.