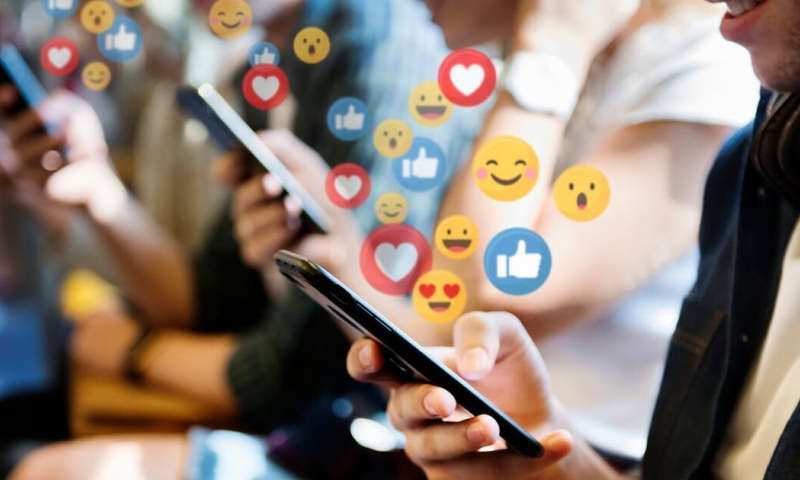 Fear of missing out, or FoMO, is commonly described as that anxious feeling you get when you think other people might be having a good time without you. Excessive FoMO is closely related to symptoms of behavioural addiction. It often leads to undesirable behaviour such as the constant checking of social media, even in an inappropriate context, like while driving, and becoming overly preoccupied with reactions to online posts and messages.

Our new research has identified the main triggers of this psychological phenomenon, the contexts in which it happens and the types of fears involved in it. We have also suggested new design features which social media platforms could introduce to minimise this most modern form of social anxiety.

Humans are fundamentally social creatures. Our identity, beliefs and behaviours come from and are shaped by our interactions with others. From those we know well, to fleeting moments of eye contact with the strangers we walk past on the street. Previous generations may have had periods of respite from the social world. But the emergence of social media platforms and smartphones means access to social information and interaction, 24 hours a day, has never been easier.

This constant flow of interaction has an effect, and despite the adage that nothing on the internet ever goes away, social information can expire and become less meaningful after time. For example, ongoing group chats, live streaming and direct messages which expect an immediate answer. When people fail to keep up with all these battling messages and streams, FoMO rears its ugly head.

In our research, we looked at the situations and contexts in which FoMO may be triggered and what fears are encountered.

FoMO as a singular concept is an oversimplification. In contrast to the common idea of FoMO happening due to disconnection from the internet and social media (like losing signal or a dead battery), we found that it often happens when people are indeed connected. For example, when people have multiple devices and social media accounts and have little time or desire to check them all, they may fear missing important messages and events.

FoMO can also happen when people get frustrated by others not responding, despite receiving and reading messages. They may fear that they have missed out on previous interactions and missed out on the chance to show empathy. In addition to these, we discovered a number of sub-fears, such as:

fear of missing the opportunity to gain popularity. This happens if one is late in responding to others and in expressing empathy when needed

FoMO has been associated with feelings of stress and anxiety and concerns around how we relate to each other online and what our expectations are. This is why social networks in their current designs are seen by many as antisocial tools, aiming mainly to attract people’s attention but focusing less on a healthy and humanised interaction.

FoMO also leads to questions about the role of technology in harming people’s wellbeing and the limited availability of tools and design features to help them regulate and shape their online social presence and identity. The Google Digital Wellbeing initiative is an example of efforts in that direction, with a focus on screen time awareness and management and novel ways for managing notifications and cool-off times.

In our assessment of social media platforms we noted how design features may trigger FoMO in users. For example, the basic feature of showing how many likes a post has received may create a fear that the user is missing out on indicators of social approval—something that has been demonstrated to be linked to emotional wellbeing.

Other features, such as the double tick delivery and notification feature in WhatsApp, may create a preoccupation with social relationships. So FoMO can be triggered when a user begins wondering why friends are not responding, despite reading the message. This can be a risk since, as demonstrated within social psychological research, people often make mistakes in their explanation and interpretation of the behaviour of others.

A message left on “unread” or unanswered, for instance, may be interpreted by the sender as a snub, when in reality the recipient could have intended to do so but then lost their wifi connection or entered a meeting.

Technology can enhance existing problems, but it can also be used to bring about positive change. It can do so in an intelligent and interactive way. From the discussions we have had with people experiencing FoMO, we have identified a number of possible designs that could be implemented in a way that cross cut all their social media accounts, including:

Setting priority lists so that a person receives messages and notifications only for important events and topics and from selected sources, groups and contacts that they care about.

Allowing easy filtering, event recording and recapping so that a person can come back to social media in their own time without missing the temporarily available information and—at the same time—without being overwhelmed with pending notifications, content and interactions.

Enabling people to specify their social interaction protocol. For example, similar to setting privacy settings, users can specify that they do not always respond to comments and their presence online is sporadic so that others should not expect them to be fully engaged all the time.