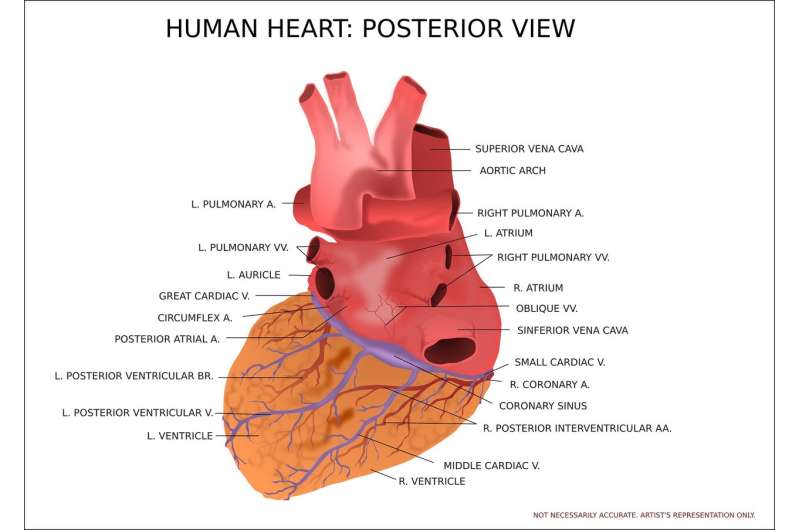 Researchers at Penn Medicine have made a major advance in understanding the biology of a common, puzzling, and often fatal heart disorder, dilated cardiomyopathy (DCM), which features the enlargement of the heart and a progressive decrease in its function, for reasons other than cardiovascular disease. DCM is estimated to affect at least hundreds of thousands of people in the United States. The largest single known cause, accounting for an estimated 10 to 20 percent of cases, involves the mutation of the gene that encodes a key heart-muscle protein called titin.

Titin (pronounced “titan”) is a giant among proteins, and unfortunately its enormity has made it hard to study. How titin mutations lead to DCM has therefore been largely a mystery. But the Penn Medicine researchers, who report their findings today in Science Translational Medicine, used an array of sophisticated methods to overcome the usual technical hurdles. They found that titin mutations in DCM patients lead to two key abnormalities in heart muscle cells: a shortage of normal-length titin, and the accumulation of mutant, truncated titin fragments—pointing to the possibility that both of these abnormalities drive heart dysfunction in DCM.

“These findings change how we look at this genetic form of DCM and give us new directions to pursue for possible future therapies,” said study co-senior author Zoltan Arany, MD, Ph.D., Samuel Bellet Professor of Cardiology at the Perelman School of Medicine at the University of Pennsylvania. Arany’s co-senior author is Benjamin L. Prosser, Ph.D., an associate professor of Physiology.

There is a strong need for a disease-specific treatment for DCM, since the disorder is both common and lethal. It often leads, within a few years, to heart failure, and only about half of DCM patients live five years after their diagnosis. Many who survive do so by receiving heart transplants.

Developing an effective therapy has been a real challenge, however, given the lack of understanding of DCM’s underlying biology. Pregnancy, the use of alcohol and other recreational drugs, certain types of infection, and gene mutations, have all been linked to DCM—and there are hints that in many cases a combination of factors triggers this disease—but the precise causes in most individual cases are obscure. Even the mechanism by which titin gene mutations cause DCM has been unclear.

In principle, these causative mutations offer researchers an opportunity to discover the details of how DCM arises. In practice, the size of the affected protein, titin, the largest known protein in biology—hundreds of times larger than many other common proteins—has made it uniquely hard to study. In particular, prior research has been unable to determine whether titin mutations in DCM patients cause heart disease through some direct toxic effect of mutant titin protein, or due to a shortage of normal titin protein.

In the new study, Arany and his colleagues tackled this question, and found evidence supporting both of these mechanisms.

The titin mutations that are often linked to DCM are in the titin-encoding gene TTN, and are called truncating—shortened—variants in TTN, or TTNtvs. Most genes in our genomes are inherited as a pair, one copy from the mother and one from the father, and DCM patients with TTNtvs typically have one normal copy of TTN to go with the abnormal copy.

Arany and his colleagues examined 184 failing hearts taken out of DCM patients during transplants by co-author Kenneth Margulies, MD, research director of Heart Failure/Transplantation and a professor of Medicine and Physiology at Penn. The researchers found TTNtvs in 22 of the hearts, and with an innovative set of techniques, detected abundant truncated titin fragments, even though prior studies of TTNtv hearts did not find them. That discovery reopens the possibility that these fragments are contributing to DCM by harming heart muscle cells.

In another novel finding, the researchers determined that levels of normal titin were about 30 percent lower in TTNtv-containing heart muscle, suggesting that a shortage of normal titin may also be a contributor to disease.

The study yielded many other findings, such as the observation that the severity of DCM doesn’t seem to depend on the parts of titin affected by TTNtv mutations. Altogether, the study represents a leap forward in this field—one that sends researchers along many new lines of investigation, which could ultimately yield the first DCM-specific treatments.