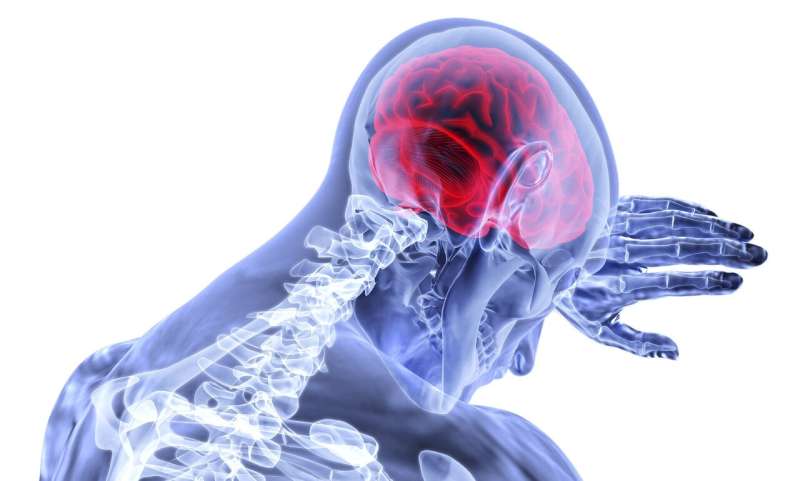 While substantial strides have been made against some types of childhood cancers, high-grade gliomas still lack effective treatments.

Thirty to 60% of these pediatric brain tumors bear mutations in the gene H3F3A. This gene contains the encoded blueprint for histone H3.3, which plays an important role in the structure of chromatin. One of these mutations is known to scientists as H3.3G34R/V—meaning the amino acid glycine that’s normally found at position 34 has been replaced by either an arginine or a valine.

Now an international research team led by the University of Michigan Health Rogel Cancer Center has found a small-molecule inhibitor that was able to suppress tumor growth in animal models of this glioma—offering new hope toward developing therapies for pediatric patients. Their findings appear in Science Translational Medicine.

“These tumors tend to occur in slightly older children than some of the more well-known types of childhood glioma—usually between the ages of 10 and 18,” said senior study author Sriram Venneti, M.D., Ph.D., the Al and Robert Glick Family Research Professor of Pediatrics in the Department of Pathology at Michigan Medicine. “And the prospects remain quite dismal due to a lack of effective treatments.”

Led by first author Stefan Sweha, a graduate student in neuroscience, the team investigated epigenetic changes to the tumors—that is, changes that are not permanent mutations to the DNA itself, but which affect how cells access and read DNA sequences. Ultimately, they found alterations that led to increased secretion of a protein known as LIF, for leukemia inhibitory factor. LIF, in turn, activates the STAT3 signaling pathway, which has been implicated in a number of other types of cancer.

In mouse models of H3.3G34R/V glioma, a small-molecule inhibitor of STAT3 called WP1066 was shown to suppress tumor growth and greatly improve how long the mice survived.

The drug compound has the important property of being able to cross the blood-brain barrier, which is critical for developing brain cancer treatments, and is currently being tested in clinical trials for glioblastoma in adult patients, Venneti adds.