New research examines racial disparities in a particularly aggressive form of blood cancer: acute myeloid leukemia (AML). In this feature, we delve deeper into these disparities and discuss the implications of the findings with the study’s lead author. 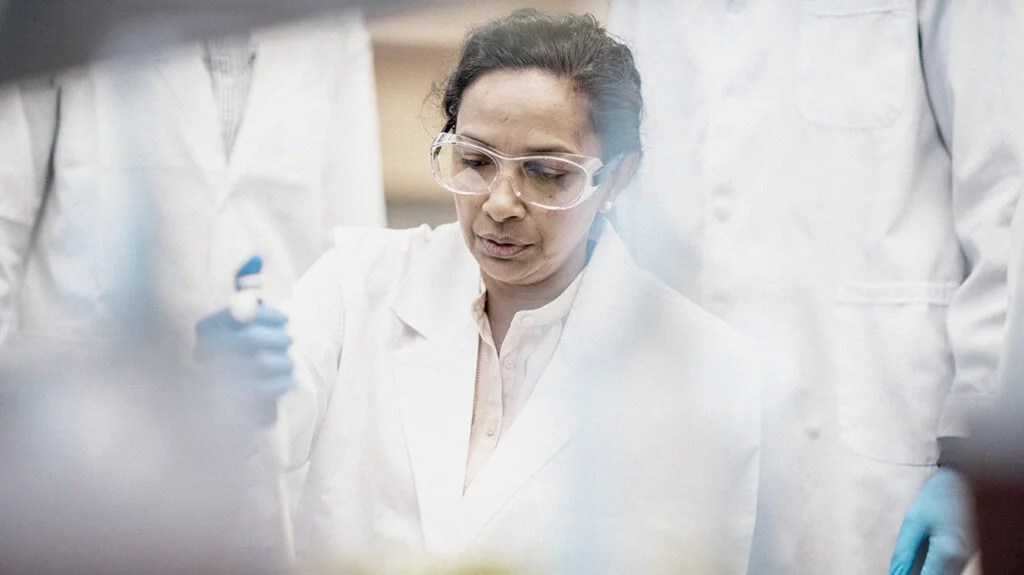 The outcome for this form of cancer is particularly poor, with a relative 5-year survival rate of less than 29%.

Previous research has shown that in AML, just like in other types of leukemia, there are significant racial differences. For example, a comprehensive study examining the respective outcomes of four subtypes of leukemia across four racial groups — non-Hispanic white, Hispanic white, Black, and Asian and Pacific Islander — found that Black adults have the poorest 5-year outlook.

For AML specifically, this study determined that the survival rate of Black adults was 11.5% lower than that of their white counterparts.

But why do these disparities exist? Some studies have pointed to biological and genetic factors, while others have adjusted for these factors in their analyses and continued to find gaping disparities, most likely due to inequities in the treatment and care that Black adults receive.

In this context, researchers from the Ohio State University Comprehensive Cancer Center (OSUCCC), in Columbus, explored factors that might contribute to these disparities.

The lead author of the study is Dr. Bhavana Bhatnagar, DO, a hematologist at the OSUCCC’s Arthur G. James Cancer Hospital and Richard J. Solove Research Institute.

Dr. Bhatnagar and her team presented their findings at the 62nd American Society of Hematology Meeting and Exposition, which took place in December 2020.

Comparing AML outcomes based on race

In their research, Dr. Bhatnagar and her co-authors set out to do two things. The first was to analyze the outcomes of adults living with AML in a nationwide population study, examining the “possible impacts of sociodemographic, financial, and racial disparities.”

The second goal was to characterize and compare the molecular features of African Americans with AML and their white counterparts with the same disease.

To do so, the researchers used the Surveillance, Epidemiology, and End Results (SEER) Program of the National Cancer Institute to access data from 11,190 adults aged 18–60 years. The participants had been diagnosed with AML between 1986 and 2015.

The team also performed genetic sequencing of 81 genes in 1,339 of these patients.

While the researchers found a slightly higher risk of death among men than women and a lower risk for people with higher incomes, the strongest predictor of the risk of death from AML was race.

The researchers also analyzed the clinical and cytogenetic features of the participants, as well as their genetic mutations.

They found that only 38% of the African American participants had normal cytogenetics, compared with 51% of the white participants.

Also, African Americans had “prognostically favorable” genetic mutations less frequently — for example, only 25% of these participants had mutations in the NPM1 gene, compared with 38% of the white participants.

NPM1 gene mutations are some of the most common genetic changes in AML, and they are usually associated with a favorable outlook.

However, this new research reveals that even when African American patients had these beneficial mutations, their outcomes were still worse.

Importantly, African American patients continued to fare worse when they had these NPM1 mutations and received the same treatment and follow-up care as their white counterparts.

The researcher shared some of her concerns regarding the biological factors that may be at play in AML racial disparities, as well as the social determinants of health that exacerbate these disparities. Below, find our exchange in full:

MNT: Were you surprised by your findings?

Dr. Bhatnagar: “Yes, there were a number of findings that were especially surprising. I was very disheartened to see that, in the SEER data, survival gaps have increased over time between younger Black and white patients, even though we know much more about AML now than we did 30 years ago.”

“In other types of cancer, the survival gap between Black and white patients is actually getting much more narrow over time, but this does not seem to be true for younger AML patients, and [it] raises important questions to determine the underlying cause or causes.”

“In the subset of AML patients treated on Alliance clinical trials who underwent mutational profiling of their leukemia, it was also surprising to see that the presence of gene mutations that have known prognostic significance in AML patients as a whole did not carry the same prognostic impact in young Black patients.”

“The most notable of these was the NPM1 gene, which is usually considered a ‘good’ mutation when it occurs by itself. However, young Black patients with this mutation actually did not achieve better survival as one would have predicted.”

“Another very surprising finding,”Dr. Bhatnagar continued, “was that clinical trial enrollment, and, by extension, access to similar treatments, actually did not improve survival disparities between younger Black and white AML patients — indicating that there are definitely other factors at play that contribute to worse survival in younger Black patients.”

MNT: What are the clinical implications of your study?

Dr. Bhatnagar: “Our study provides evidence, in a large cohort of AML patients, that underlying differences in AML disease biology between younger Black and white AML patients exist and could potentially contribute to worse outcomes for younger Black patients.”

“If our findings are confirmed in larger prospective studies, Black race may need to be taken into account in current AML risk stratification models and in treatment selection.”

“On a societal level, too, our study demonstrates that social determinants of health must also be accounted for [and] addressed when caring for these patients.”

Social determinants of health, systemic racism must be addressed

“[Health inequities] have persisted for too long, and we need to figure out an effective way to address them,” Dr. Bhatnagar noted.

“At least for AML patients, these inequities seem to be multifactorial, and in order to level the field, a multipronged approach directed toward addressing both socioeconomic barriers and differences in disease biology needs to be employed.”

MNT: What are the next steps emerging from your research?

Dr. Bhatnagar: “First and foremost, our findings must be corroborated in larger prospective studies, and the AML genome in Black patients needs to be more deeply characterized. ”

“In the Alliance-treated patients, gene mutations that are commonly present in AML were tested, but there is always a question of whether there are novel, as of yet undetected, genetic lesions that are present in Black AML patients that associate with prognosis, so it will be important to search for those as a next step.”

“Another very important future direction is to focus on addressing social determinants of the [health-related] and systemic racism that is inherent in our society and can be a serious barrier for Black patients with cancer.”

“These latter initiatives are easier said than done and will require a multidisciplinary approach and the expertise of numerous people from different disciplines, including epidemiologists, behavioral scientists, and bioethicists, to name a few.”