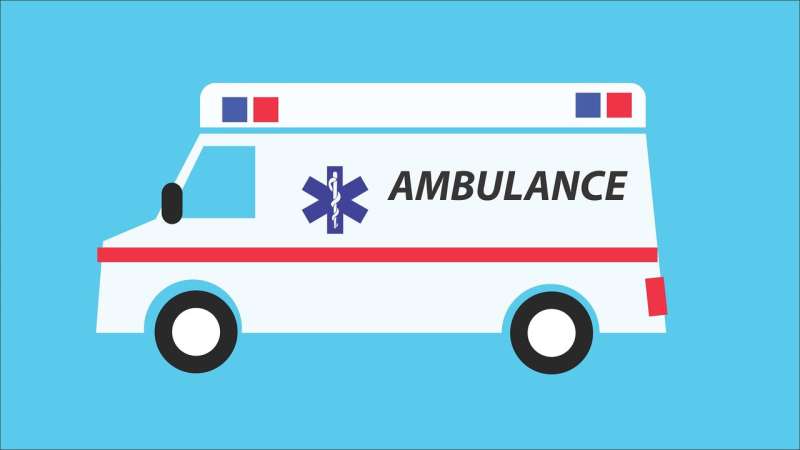 Emergency service workers and incident responders need to have clear communication about safety concerns at high-speed crash scenes to keep themselves and their colleagues safe, according to a new Monash University study.

Research published this week in the prestigious international journal PLOS ONE, shows higher levels of safety voice, safety motivation and role clarity contributed to a reduction in near misses and less likelihood of secondary incidents.

Previous studies in Australia and overseas show frontline workers are at serious risk of being injured or killed while attending to incidents or working on roads where the speed limit exceeds 70kmh.

When attending to serious crashes on these high-speed roads, sub-optimal communication skills between emergency service workers and incident responders, combined with bad motorist behavior, could lead to heightened danger for this high-risk population.

At crash scenes, emergency service workers and incident responders, on average, would encounter three near misses with passing vehicles and one secondary incident—another crash because of the initial incident—monthly.

This research, led by Associate Professor Sharon Newnam from the Monash University Accident Research Centre, has been used to develop a training program to improve the cognitive, behavioral and perceptual skills of emergency service workers and incident responders operating on high-speed roads.

The program is currently being rolled out with emergency service agencies in Victoria, Eastlink and VicRoads. The program has been developed in collaboration with Eastlink, Holmesglen Institute and the Emergency Services in Victoria, and funded through the Department of the Education and Training—Workforce Training Innovation Fund Grant.

“There is currently no training that is undertaken in a group-based format designed for incident responders in different agencies to discuss ways of optimizing communication and collaboration in situations that require them to think beyond their mandated roles and responsibilities. This includes unpredictable events that escalate the risk of injury and/or death,” Associate Professor Newnam said.

“The goal of this program is to optimize communication and collaboration of tasks within and across agencies to promote safety when operating at the scene of an incident.”

Survey participants reported various barriers to their safety when attending the scene of an incident, including behavior of the general public, the inexperience of other incident responders and the misuse of equipment.

One paramedic said: “The general public are not concerned that someone is trapped an injured. We are working best to save a life, but they do not care, as they want to get from Point A to Point B.”

“The public needs to be aware that incident responders are at high risk of injury and death when operating in unpredictable and dynamic environments like high speed roads,” Associate Professor Newnam said.

Australian and international statistics indicate that workers operating on high-speed roads are at significant risk of being injured or killed.

Australian statistics for 2016 identified that the fatality rate for incident responders (2.1 per 100,000 workers) was 1.5 times higher than the national rate, while the serious injury claim rate was four times higher compared to all occupations (37.9 claims per 1,000 employers).

Associate Professor Newnam said participants who engaged in more activities to support safety in high speed environments also tended to be involved in fewer secondary incidents and near misses.

“Likewise, participants reporting lack of clarity in role-behavior expectancies also tended to report higher than average secondary incidents and near misses,” she said.

“Consistent with previous research, we found that safety voice was a significant predictor of near misses, but not secondary incidents. That is, safety communication between workers, including managers and co-worker, at the scene of an incident is important in reducing the occurrence of near misses.