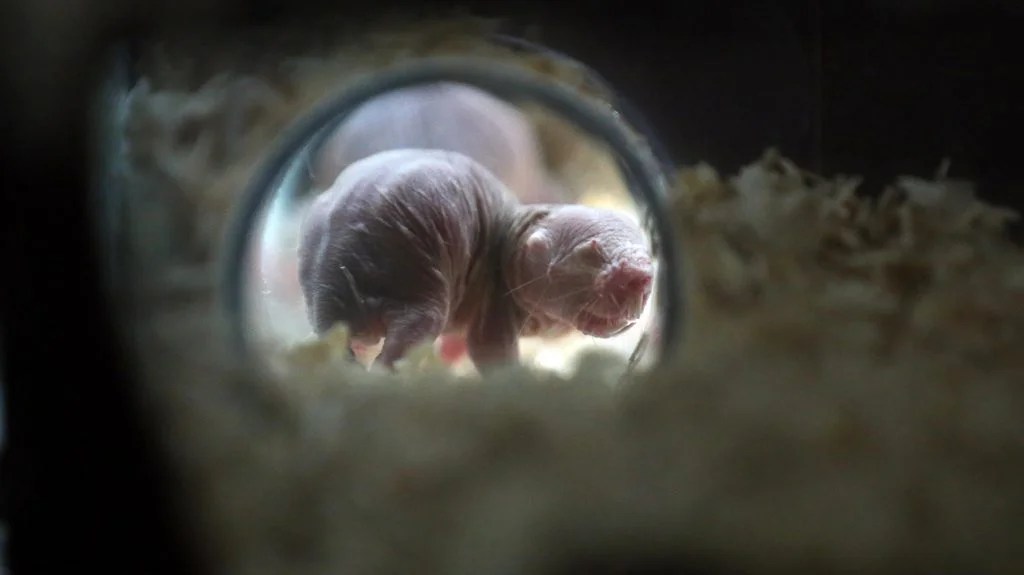 The hairless, buck-toothed, and cold-blooded naked mole rat is an unusual animal. It grows to between 3 and 13 inches in length and lives in a complex underground tunnel system beneath the deserts and grasslands of east Africa.

Despite its unusual appearance, the naked mole rat’s most curious feature is its longevity. These animals can live for over 30 years, far beyond the lifespan of other rodents. And seemingly, without the physiological deterioration that affects most older animals.

Scientists now believe that this apparent immunity to aging may hold the secret to preventing and treating aging-related diseases, such as dementia or cancer, in humans.

Despite their relatively small size, naked mole rats are incredibly hardy. Researchers have studied thousands of these rodents and have rarely, if ever, found them to have . They are also resistant to some types of pain, including pain from insect bites or eating toxic plants, and can survive for up to 18 minutes without oxygen.

“They live remarkably longer than [other] animals of the same size and weight, and they do so without experiencing aging-associated diseases,” Sherif El-Khamisy, a professor of Cancer Therapeutics at the University of Bradford in the United Kingdom and co-author of a recent paper that appeared in the International Journal of Molecular Sciences, told MNT. “Their proficient ability to deal with threats to the genome is remarkable.”

“What we’re trying to do is understand what makes them so resistant and then try to harness that knowledge to come up with new treatments for cancer and conditions [such as] dementia in people.”

As animals age, the body accumulates damage in the form of mutations, which are small changes in the DNA sequence. Mutations can lead to the production of faulty proteins, which disrupt the balance of physical and chemical conditions within the body and cause cells to deteriorate with age – a process called senescence.

In naked mole rats, however, things work a bit differently. The rodents have a superior damage response system that works overtime to repair DNA damage more quickly by cutting out and replacing faulty bases in the DNA sequence.

Even better than repairing damage is preventing it from happening in the first place. Naked mole rats have an extra copy of a gene that promotes antioxidants, which safeguard cells against damage from oxidative stress that can cause mutations. Prof. El-Khamisy and his colleagues believe this could be an adaptation to the low oxygen conditions in naked mole rats’ underground habitat.

In humans, it is the accumulation of senescent cells over time that causes degenerative diseases to develop. For example, that prevent the removal of senescent cells by the immune system are a hallmark of some age-related disorders, including Alzheimer’s disease and Parkinson’s disease.

In most animals, the immune system clears the senescent cells. However, in mole rats, the aged cells die spontaneously, so build-ups never occur.

The end of aging?

Prof. El-Khamisy and colleagues hope that understanding these mechanisms could help pinpoint new targets for treating degenerative conditions and allow humans to tap into the anti-aging abilities of naked mole rats.

“If we can work out how they do this, we could look to adopt similar systems in humans or to use these markers as a predictive tool to be able to say ‘this person is more likely to develop dementia or cancer as they age,’ and then take appropriate steps,” says El-Khamisy.

But aging will probably remain an inevitable part of our lives for the foreseeable future, according to Joao Pedro de Magalhães, a professor of aging and chronic disease at the University of Liverpool in the U.K.

“In terms of translating findings from these extreme animals into humans, I think it’s still early days. We have a glimpse of the longevity and disease resistance mechanisms that these species have, but there is still a lot of work before we can translate it to humans.”

Prof. Magalhães also notes that more research is needed to understand what happens to naked mole rats in later life: “We know very little about causes of death in naked mole rats [as] very few old animals have been studied.”

“They do appear to age,” he says, “Contrary to what you might read.”