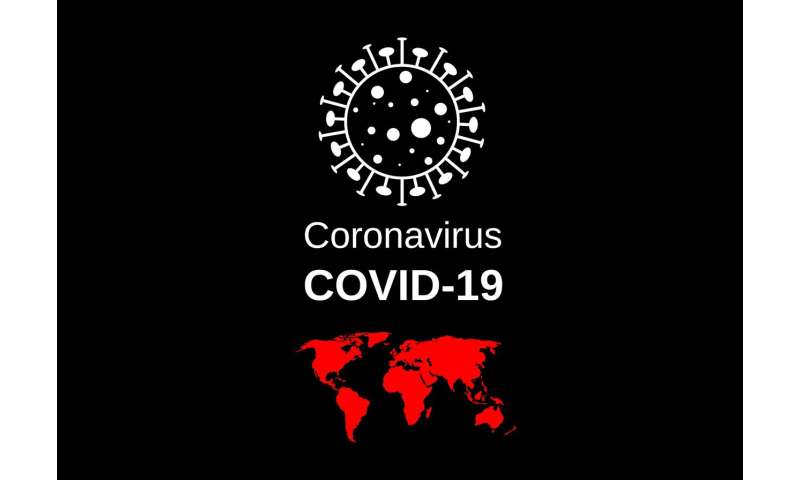 The new coronavirus has traveled unseen paths from Wuhan, China, to virtually all corners of the globe. Evidence of its movements abound, from the proliferation of people wearing face masks to the sudden absence of toilet paper on store shelves.

How did a virus that didn’t even exist just a few months ago manage to infect more than 300,000 people and cause more than 13,000 deaths? How exactly does this pathogen spread?

Here’s what scientists have learned so far about the virus known as SARS-CoV-2, which causes the disease known as COVID-19.

How does the new coronavirus infect people?

Through droplets. That is the typical answer physicians give when they talk about how this virus jumps from person to person.

“This virus spreads through respiratory droplets,” Dr. Robert Redfield, director of the U.S. Centers for Disease Control and Prevention, said at a recent congressional hearing. It also spreads via “sneezing, coughing and hand contamination,” he said.

Imagine an infected person who coughs or sneezes. He or she sprays tiny drops of infected saliva, which fall to the ground within seconds, like rain.

Those drops—scientists call them droplets because they are tiny—are loaded with virus that can infect you.

How would the virus get from someone else’s saliva into my body?

Getting sneezed at or coughed on by someone who’s infected is probably the most common way, according to the CDC. If that virus-carrying saliva lands on a wet part of your face—your eyes, nose or mouth—you’ll be infected.

Droplets from a sneeze or cough can fly about 3 feet before they drop to the ground. If the cough or sneeze is “very forceful,” they can go as far as 6 feet, said Dr. Aruna Subramanian, an infectious diseases specialist at Stanford University.

The droplets could also be inhaled directly into the lungs of those nearby. Droplets of saliva remain in the air for only a few seconds before falling to the ground.

“What we’re really talking about is droplet spread,” said Dr. George Rutherford, an epidemiologist and infectious disease expert at UC San Francisco. “Droplets fly out … and you inhale them on the fly.”

Can I be infected without even noticing?

Yes, you can. This is why officials urge you to not touch your face.

A sneeze or cough can deposit droplets of infected saliva onto doorknobs, elevator buttons or your cellphone. Alternately, someone who’s ill could touch these or other objects, depositing the infected saliva that’s already on their hands onto a surface that others will touch.

Then, all you have to do is lay a finger on one of these surfaces and touch your nose, your eye or your mouth.

How long can the virus survive on surfaces?

Scientists ran experiments to find out. In the lab, samples of the new coronavirus remained viable on stainless steel and on plastic for up to three days, according to a study in the New England Journal of Medicine. Tests also found that cardboard could not sustain infectious levels of the virus for 24 hours, and copper couldn’t do it for four hours.

The amount of virus the researchers used in their experiments was meant to mimic the amounts typically found in the respiratory tracts of COVID-19 patients. However, if the researchers had started out with even more, the virus could have remained viable for a longer period of time.

Also, the time periods reported in the study reflect the specific conditions used in the experiment; if variables such as temperature or humidity were different, the results might be different too.

How long can it survive in the air?

For hours, potentially. However, experts aren’t sure about the chances that virus-infected mist could infect other people, and more research would be needed to determine that answer, said Jamie Lloyd-Smith, an ecology and evolutionary biology professor at UCLA who worked on the new study.

How do we know the coronavirus can become airborne?

Scientists made it airborne in the study Lloyd-Smith co-wrote. Indeed, they showed just how the virus can survive as an aerosolized particle.

Is an aerosolized particle different from a droplet?

An aerosolized particle is much smaller than a droplet. It can float and fly in a room for hours, much like an aerosolized air freshener. A droplet, meanwhile, is large enough that it drops to the ground by gravity within seconds.

OK, where were we?

We were discussing the lab experiment. Scientists put coronaviruses through a machine called a nebulizer, transforming them into a mist in an enclosed space. The researchers found that the coronavirus survived in aerosolized particles for at least three hours. Added bonus: They were still able to infect cells and replicate.

Of the original amount of coronavirus sprayed into the mist, half of it remained after roughly one hour. So by the end of the three-hour experiment, roughly one-eighth (or 12.5%) of the initial amount still remained.

In real-life conditions where there’s fresh air or ventilation, any virus in a mist will get diluted pretty quickly. But in theory, if you’re in an elevator or a subway car with limited ventilation, the virus could hang out in the air for a while, Lloyd-Smith said.

He also noted that scientists aren’t sure how much virus it takes for a person to become infected.

How does that compare to measles?

Measles ranks among the most infectious diseases. One infected person can pass it on to between 12 and 40 others if they haven’t been vaccinated, according to the CDC.

For the new coronavirus, by contrast, the World Health Organization estimates that every infected person spreads it to 2 to 2.5 others, on average, at least according to data collected early in the outbreak.

That’s still worse than the seasonal flu. Depending on the influenza strain, every infected person passes the virus to 1.2 to 2 others, Lloyd-Smith said.

Will I be safe if I wash my hands and stay 6 feet from others?

Those are still prudent ways to protect yourself. And certainly, staying away from sick people—and keeping your distance from anyone else, really—will help prevent infections.

That’s why a number of states around the nation—including California, New York and Illinois—have issued orders instructing the public to stay at home as much as possible in the coming weeks to help slow the spread of the virus.

Can the coronavirus be found in fecal matter?

Yes. SARS-CoV-2 can be found in the feces of infected people. But there’s currently no evidence that it’s an efficient way to infect others, Subramanian said.

That would make it different from the coronavirus that caused Severe Acute Respiratory Syndrome. Back in 2003, that virus was thought “to have spread via aerosolized fecal matter” through a faulty sewage system in a Hong Kong apartment complex with the help of bathroom exhaust fans.

“There’s nothing like that going on” with the new coronavirus, Rutherford said.

What are the risks for doctors and nurses?

Health care workers have a higher risk of infection because they work close to patients and can be exposed to large volumes of virus. Sometimes they perform lifesaving procedures, such as inserting a breathing tube in a patient’s windpipe, that aerosolize infected saliva.

How can they protect themselves?

Ideally, they would wear tight-fitting N95 masks, or respirators, which are designed to filter out 95% of small airborne particles. They offer more protection than the paper masks you see so often these days, but, even if properly fitted on a face, do not completely eliminate the risk of infection.

The problem is, there aren’t enough N95 masks to go around.

If the virus spreads only through droplets, conventional face masks—along with gowns, gloves and eye protection—would be sufficient. But if the virus can spread through aerosolized mist, failing to wear an N95 mask puts them at greater risk, particularly if health care workers are doing a procedure that aerosolizes the patient’s saliva.

Yes. A research letter in the Journal of the American Medical Assn. examined the rooms of three COVID-19 patients in Singapore and found genetic evidence of the virus lurking in one of them, on an air outlet fan. That suggests it’s possible “that small virus-laden droplets may be displaced by airflows and deposited on equipment such as vents,” the researchers wrote.

The authors also found viral genetic material on the toilet bowl, sink and door handle. (Stool samples from that patient were found to contain the virus.) Routine cleaning was enough to return the hospital room to a virus-free state.

The researchers couldn’t find genetic evidence of the coronavirus in the other two hospital rooms. And none of the three rooms contained air that tested positive for viral material.