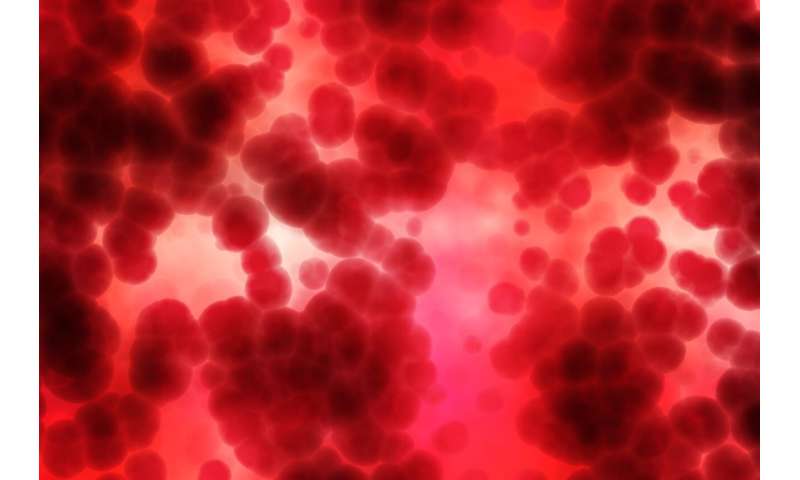 Across Connecticut, hospital workers who have survived COVID-19 are giving back—by giving blood.

A number of hospitals and hospital systems are asking recovered employees to donate blood plasma, which is being used to treat patients who are still sick.

Sara Olson, a 51-year-old research associate at UConn Health in Farmington, said everyone can contribute to the community during the coronavirus pandemic—and recovering from COVID-19 gave Olson a new way to contribute.

“I just happen to have this unique ability right now,” Olson said. “I have these antibodies that helped me fight off this horrible virus, and maybe they can help somebody else.”

Through clinical trials or more traditional treatment methods, the plasma donations from people like Olson are infused into the bloodstreams of severely ill patients. The plasma from the recovered patients—known as convalescent plasma—contains antibodies, which help the human body fight pathogens such as bacteria and viruses.

In theory, the antibodies from the plasma should help patients who are still sick to fight back against the disease.

The treatment is still experimental, but Dr. Ajay Kumar, the chief clinical officer at Hartford HealthCare, said this week that a number of patients have shown improvement after convalescent plasma transfusions.

“Most patients are making good progress. Not all, unfortunately, but most are,” Kumar said. “Drawing any conclusion from the earlier data would be premature … but we are hopeful at this time.”

A way to give back

When Olson developed a fever in mid- to late-March, it was the beginning of a coronavirus saga that would last for weeks.

She said the fever itself lasted 8 days, and she spent a couple of weeks mostly in bed. But even after her other symptoms had ebbed, Olson felt a deep fatigue for a total of more than a month.

“Stairs would kill me,” Olson said. “Doing a load of laundry would send me back to bed for the rest of the day.”

But as she slowly recovered at home, Olson was developing a super power.

On April 19, she went to the American Red Cross in Farmington to donate blood plasma. She was hooked up to an apheresis machine, which took blood through a needle in one of her arms, pumped it through a machine to separate and remove the plasma and then pumped the remaining blood components back into her other arm.

The process took about an hour and a half, Olson said, and it left her a bit woozy and lightheaded.

Other plasma donors say they have been affected by the donation process.

Chris Madison, a 29-year-old programmer at Hartford Hospital, said he didn’t feel any weakness after an hour-long apherisis session at the American Red Cross in Westerly.

After recovering from a relatively mild case of COVID-19, Madison said he was happy that he could help out in some way, particularly because many of his family members are front-line health care workers.

“I’ve been kind of sidelined a little bit, being more of a programmer and having COVID and being quarantined,” Madison said. “So I was just kind of looking for any way I could give back and kind of help with the crisis.”

“Plasma is all we have’

The plasma donation process can be lengthy—recovered patients have to go through all of the paperwork and blood type testing of a normal blood donation, and then they also have to test negative for COVID-19.

After recovering from the coronaviurs, President of Bristol Health Kurt Barwis is currently waiting for his post-recovery test result so that he can donate plasma to Trinity Health’s clinical trial. Even before his first plasma donation, he’s already decided that he’ll donate plasma a second time.

“We’re still trying to figure out how to deal with this horrible disease,” Barwis said. “So why wouldn’t we try to use the things that are working?”

Some recovered hospital workers have hit roadblocks in the donation process.

Andrew Kemerly, a first-year surgery resident at UConn Health, tested positive for COVID-19 in mid-March. Right off the bat, he asked to be notified if he could donate plasma.

“When I first tested, I told them, “Please tell me if we get plasma donations set up,'” Kemerly said.

Another UConn Health employee had a similar experience. Amy Chmielewski, who oversees the clinical curriculum for medical students, had been symptom-free for two weeks when she was retested. Her test still came back positive.

Chmielewski was then retested again, and this time it came back negative. She’s hoping to be able to donate plasma soon. When the hospital reached out and asked if she wanted to donate, Chmielewski said, she didn’t even think of saying no.

Her moderate case of COVID-19 gave her a sense of the fear that the virus can bring—and she knows that the fear is magnified for patients who are severely ill.