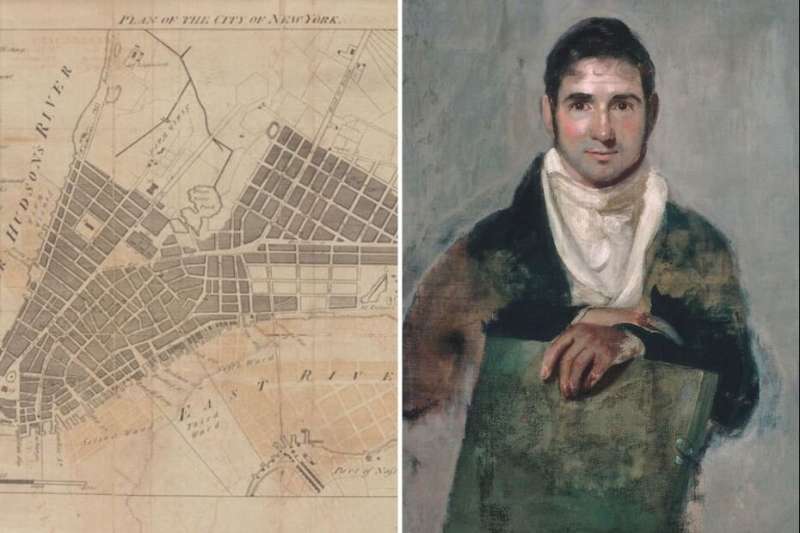 As the COVID-19 pandemic began to unfold, Virginia Commonwealth University history professor Carolyn Eastman, Ph.D., decided to revisit a diary she had read years earlier by Alexander Anderson, a young doctor at Bellevue Hospital on the front lines of two yellow fever outbreaks in New York during the 1790s.

Anderson’s diary provided a “visceral, haunting account of his experiences and the New Yorkers he treated,” said Eastman, an associate professor in the Department of History in the College of Humanities and Sciences. It included detailed lists of people who died in the first outbreak, including a “Negro servant” named Jeremiah and a man whose name was unknown, as he died within half an hour after admission.

“Even more arresting was his experience three years later during the 1798 outbreak, which killed his entire family ‘and almost all my friends,'” Eastman said, quoting the diary. “In the margins of the diary, Anderson sketched black coffins on the days when his 4-month-old baby, his wife, brother, mother and father, in-laws and the rest died. It is a breathtakingly intimate and immediate account of a terrible virus and the devastation it wrought.”

As Eastman processed the current pandemic, she found Anderson’s diary to be a powerful first-hand account of an early American front-line medical worker’s view of an epidemic that left thousands dead.

“At first [when COVID-19 arrived], I wasn’t able to do what some other people were doing: re-watch the movie ‘Contagion,’ or re-read Albert Camus’ ‘The Plague’—I just found those stories too familiar,” she said. “And yet returning to the Anderson diary, which I’d used for different research projects (and I still had a digital copy of it), was deeply cathartic somehow. Through his daily accounts of these two epidemics during the 1790s, I was able to see a whole world emerging that had such striking parallels with our own world, and which helped me understand more concretely how human beings react to crises like these.”

Anderson’s diary and letters will serve as the cornerstone of “A Plague in New York City: How the City Confronted—and Survived—the Yellow Fever Epidemic in the Founding Era,” a new book by Eastman that will be a history that encompasses the Black and White New Yorkers who faced the disease, served as caretakers for the sick and rebuilt the city.

Eastman recently received a grant from the National Endowment for the Humanities to conduct research for the project at the New-York Historical Society.

The goal of the project, she said, is to make sense of an epidemic through the people who experienced it.

“I think COVID-19 will have long-lasting effects on how we understand our world, and I want my book to help us consider those effects,” Eastman said. “I was so struck by the way that Anderson, a comparatively privileged young White doctor (he was 20 years old during the first epidemic, and 23 during the second), worked alongside so many Black and White nurses whose stories I wanted to uncover—in the same way that one of the major stories of the COVID-19 epidemic has been the health care workers on the front lines.