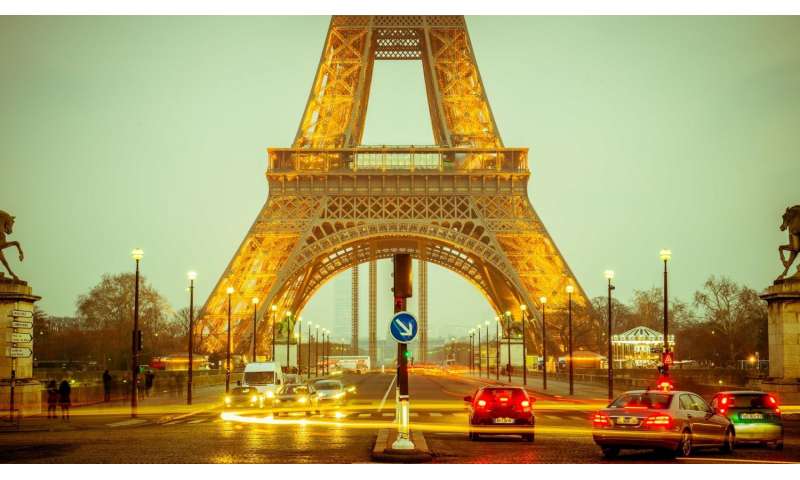 French authorities remain concerned about the spread of coronavirus in Paris which will see a more limited easing of lockdown measures next week compared to much of the rest of the country, the prime minister said Thursday.

France is due on Monday to start easing a lockdown that began in mid-March as the number of cases, hospitalisations and deaths show signs of slowing.

But four regions—the Ile-de-France region around Paris, Hauts-de-France in the north, Grand Est in the east and the southeastern region of Bourgogne-Franche-Comte still have a red classification denoting heightened concern.

Prime Minister Edouard Philippe told reporters France was “split in half”, with virus spread far less intense in the west and south of the country, graded green, than in Paris, the north and the east.

He confirmed that even in red areas, the easing of the lockdown will go ahead on Monday.

“But there will be certain restrictions. Secondary schools will not open and neither will parks and gardens” in those areas, he said.

In the Ile-de-France region, “the number of cases is falling but remains high. Higher than we would have hoped,” Philippe noted.

In another restriction for the capital, large shopping malls will reopen nationwide but not in Paris.

He said the next staging post would be on June 2, when France would “either pass towards a new phase” of the easing measures or, in the case of bad results, “take the consequences” and harden up the rules.

“The progressive deconfinement should not be marked by a drop in our caution,” he added.

People in France have during the almost two month lockdown been allowed outside only for shopping, brief exercise or urgent errands and work. Every movement had to be justified with a form to be presented to police on demand.

Everyone in France will be able to move outside without such a certificate but people will only be able to move 100 kilometres (60 miles) from their place of residence if they have an urgent need, Interior Minister Christophe Castaner said.

As before, violators will be fined 135 euros, a sum that could rise in case of re-offence, he added.

From Monday, shops will be allowed to open but cafes and restaurants are staying shut. Some schools are also due to open, a strategy that has caused controversy.

Economy and Finance Minister Bruno Le Maire, who has warned that the French economy will see a historic contraction of eight percent this year, said 400,000 companies in total will reopen nationwide on Monday.

Across France, travellers aged over 11 will be obliged to wear a mask on public transport while in Paris only people with a certificate from their employer or with an urgent need will be allowed to travel in peak hours.

Castaner added that restrictions on France’s borders with Schengen states, other EU countries and the UK would remain in place until June 15 “at least”.

Restrictions on travel to other non-European countries would remain “until further notice”, he added.

Education Minister Jean-Michel Blanquer said that from next week up to a million pupils in France can return to lessons. Philippe said between 80-85 percent of the 50,500 schools in France could open.

France reported 178 new coronavirus deaths on Thursday, a fall on the previous day, and saw its number of patients in intensive care drop under 3,000 for the first time since late March to 2,961.

The health ministry said 25,987 people were now confirmed to have died from the virus in hospitals and nursing homes.