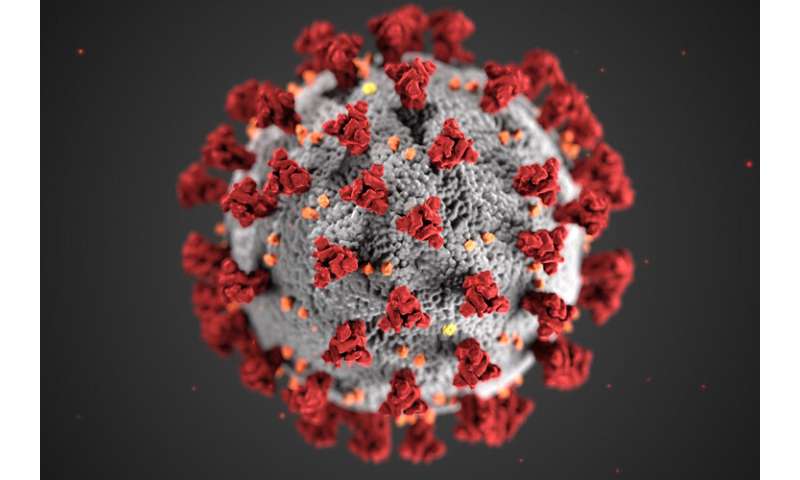 More than 100 companies have rushed into vaccine development against COVID-19 as the U.S. government pushes for a vaccine rollout at “warp speed”—possibly by the end of the year—but the bar set for an effective, long-lasting vaccine is far too low and may prove dangerous, according to Marc Hellerstein of the University of California, Berkeley.

Most vaccine developers are shooting for a robust antibody response to neutralize the virus and are focusing on a single protein, called the spike protein, as the immunizing antigen. Yet, compelling evidence shows that both of these approaches are problematic, said Hellerstein, a UC Berkeley professor of nutritional sciences and toxicology.

A better strategy is to take a lesson from one of the world’s best vaccines, the 82-year-old yellow fever vaccine, which stimulates a long-lasting, protective T-cell response. T-cells are immune cells that surveil the body continuously for decades, ready to react quickly if the yellow fever virus is detected again.

“We know what really good vaccines look like for viral infections,” Hellerstein said. “While we are doing phase 2 trials, we need to look at the detailed response of T-cells, not just antibodies, and correlate these responses with who does well or not over the next several months. Then, I think, we will have a good sense of the laboratory features of vaccines that work. If we do that, we should be able to pick good ones.”

Using a technique Hellerstein’s laboratory developed and perfected over the past 20 years that assesses the lifespan of T-cells, it is now possible to tell within three or four months whether a specific vaccine will provide long-lasting cells and durable T-cell-mediated protection.

Hellerstein laid out his arguments in a review article published today in the journal Vaccine.

“There isn’t a lot of room for major error here,” Hellerstein said. “We can’t just go headfirst down a less than optimal or even dangerous avenue. The last thing we want is for immunized people to get sick in a few months or a year, or get sicker than they would have. Whoever is paying for or approving the vaccine trials has the obligation to make sure that we look at the quality and durability of the T-cell response. And this would not delay the licensing process.”

Hellerstein points out that antibodies are not the primary protective response to infection by coronaviruses, the family of viruses that includes SARS-CoV-2. Indeed, high antibody levels to these viruses are associated with worse disease symptoms, and antibodies to coronaviruses, including SARS-CoV-2, don’t appear to last very long.

This was noted in people infected by the first SARS virus, SARS-CoV-1, in 2003. SARS patients who subsequently died had higher antibody levels during acute infection and worse clinical lung injury compared to SARS patients who went on to recover. In MERS, which is also a coronavirus infection, survivors with higher antibody levels experienced longer intensive care unit stays and required more ventilator support, compared to subjects with no detectable antibodies. 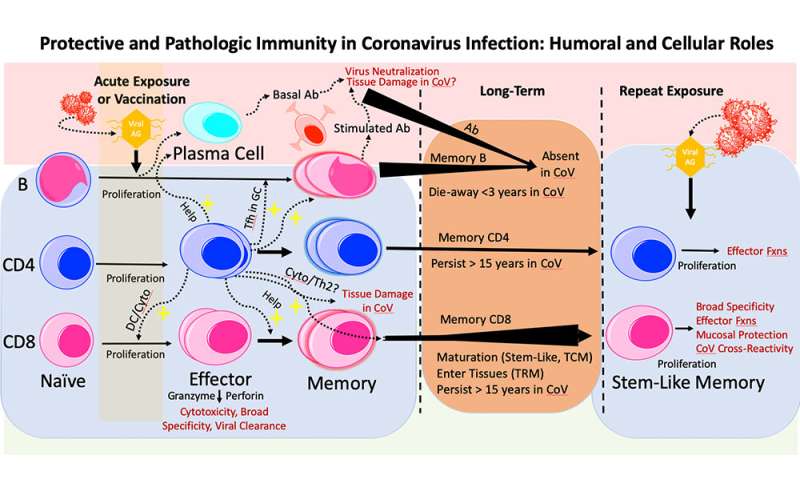 In contrast, strong T-cell levels in SARS and MERS patients correlated with better outcomes. The same has also played out, so far, in COVID-19 patients.

“A strong antibody response correlates with more severe clinical disease in COVID-19, while a strong T-cell response is correlated with less severe disease. And antibodies have been short-lived, compared to virus-reactive T-cells in recovered SARS patients,” Hellerstein said.

The most worrisome part, he said, is that antibodies also can make subsequent infections worse, creating so-called antibody-dependent enhancement. Two vaccines—one against a coronavirus in cats and another against dengue, a flavivirus that affects humans—had to be withdrawn because the antibodies they induced caused potentially fatal reactions. If an antibody binds weakly against these viruses or falls to low levels, it can fail to “neutralize” the virus, but instead help it get into cells.

Antibody-dependent enhancement is well known in diseases such as dengue and Zika. A recent UC Berkeley study in Nicaragua showed that antibodies produced after infection with Zika can cause severe disease, including deadly hemorrhagic fever, in those later infected by dengue, a related viral disease. This dangerous cross-reaction may also occur with antibodies produced by a vaccine. Hellerstein noted that a robust T-cell response is key to maintaining high levels of antibodies and may prevent or counteract antibody-dependent enhancement.

T-cells are a long-lasting defense

Hellerstein primarily studies the dynamics of metabolic systems, tagging the body’s proteins and cells with a non-radioactive isotope of hydrogen, deuterium and tracking them through the living body. He began to study the birth and death rates of T-cells in HIV/AIDS patients over 20 years ago, using sophisticated mass spectrometric techniques designed by his laboratory.

Then, three years ago, he teamed up with immunologist Rafi Ahmed and his colleagues at Emory University to determine how long T-cells induced by the yellow fever vaccine stick around in the blood. Surprisingly, he said, the same T-cells that were created to attack the yellow fever virus during the first few weeks after a live virus vaccination were still in the blood and reactive to the virus years later, revealing a remarkably long lifespan. He and the team estimated that the anti-yellow fever T-cells lasted at least 10 years and probably much longer, providing lasting protection from just one shot. Their long lifespan allows these cells to develop into a unique type of protective immune cell.

“They (the T-cells) are a kind of adult stem cell, sitting silently in very small numbers for years or decades, but when they see viral antigen they go wild—divide like crazy, put out cytokines and do other things that help to neutralize the virus,” he said. “They are like seasoned old soldiers resting quietly in the field, ready to explode into action at the first sign of trouble.”

The same deuterium-labeling technique could be employed to measure the durability of a COVID-19 vaccine’s T-cell response, helping to pinpoint the best vaccine candidates while trials are ongoing, he said.

“We can, in my view, tell you the quality and durability or longevity of your T-cell response within a few months,” he said. “These tests can be used to judge vaccines: Is a candidate vaccine reproducing the benchmarks that we see in highly effective vaccines, like the ones against smallpox and yellow fever?”

Hellerstein said that he was motivated to write a review on the role of antibodies versus T-cells in protective immunity against SARS-Cov-2 when he heard from experts in vaccine development that companies would likely not be interested in testing anything beyond the antibody response. The reason given was that it would slow down the approval process or could even turn up problems with a vaccine.

“That is why I wrote this review, honestly, because I was so upset by this response,” he said. “At this moment in history, how can we not want to know anything that might help us? We need to get beyond the narrow focus on antibodies and look at the breadth and durability of T-cells.”

Hellerstein was also alarmed that most vaccines under development are focusing exclusively on inducing an antibody response against only one protein, or antigen, in the COVID-19 virus: the spike protein, which sits on the surface of the virus and unlocks the door into cells. But important new studies have shown that natural infection by SARS-CoV-2 stimulates a broad T-cell response against several viral proteins, not just against the spike protein.

T-cells produced after natural infection in SARS patients are also very long-lived, he said. A recent study showed that patients who recovered from SARS-CoV-1 infection in 2003 produced CD4 and CD8 T-cells that are still present 17 years later. These T-cells also react to proteins in today’s SARS-CoV-2, which the patients were never exposed to, indicating that T-cells are cross-reactive against different coronaviruses—including coronaviruses that cause common colds.

These findings all call into question whether limiting a vaccine to one protein, rather than the complement of viral proteins that the body is exposed to in natural infection, will induce the same broad and long-lasting T-cell protection that is seen after natural infection.

In contrast, vaccines like the yellow fever vaccine that employ attenuated viruses—viruses that divide, but are crippled and can’t cause damage to the body—tend to generate a robust, long-lasting and broad immune response.

“If you are going to approve a vaccine based on a laboratory marker, the key issue is, ‘What is its relationship to protective immunity?’ My view is that T-cells have correlated much better than antibodies with protective immunity against coronaviruses, including this coronavirus. And T- cells haven’t shown a parallel in COVID-19 to antibody-dependent enhancement that could make things worse, not better,” he said.

The effectiveness and durability of the first COVID-19 vaccines could impact, for years, the public’s already questioning attitude toward vaccines, he warned.