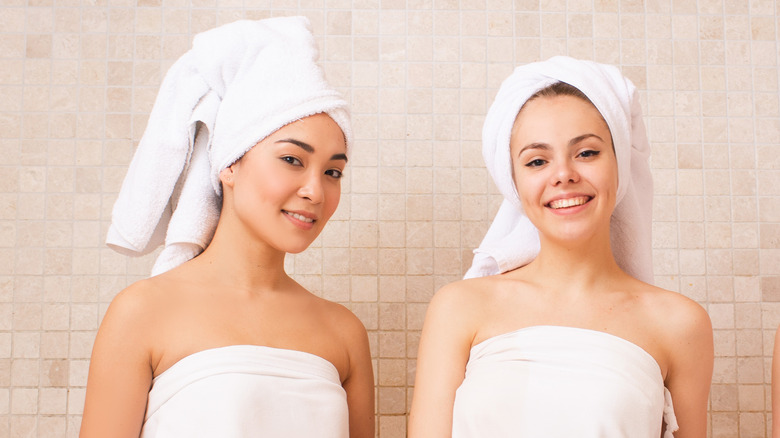 Going to a public bathhouse has been a cultural tradition for many for thousands of years. The Indus Valley, home to present day Pakistan and Northern India, is the location of one of the oldest known public bathhouses, dating back to 2500 B.C. (from BBC Travel). A bathhouse experience is known by different names, depending on the culture: sento in Japan, banya in Russia, hammam in Turkey, Morocco, and Spain, jimjilbangs in Korea, sauna in Finland (via AFAR). What unites all of them is a communal element, according to BBC Travel: You’re never at a bathhouse alone. They also all combine the use of heat via a sauna or steam room and/or a soak in hot water, often followed by a cold plunge, as a way to cleanse your body and leave you feeling relaxed and reinvigorated (via Standard Hotel).

“Spending time in a bath house will naturally help you unwind, release tension, and clear your head,” Liz Tortolani, founder of Brookyln’s bathhouse cityWell, told Coveteur. “At the end you’ll notice a huge difference. I like to call it active napping because you feel so blissed out, and because your mind is clearer, you’ll actually be much more energized.”

Since there is no one-size-fits-all for a bathhouse experience, you should do some research before you go, depending on the type of bathhouse you’re headed to and in what part of the world. But here are some things that should cover the bases for many bathhouses.

You don't have to get naked in a bathhouse, but many do 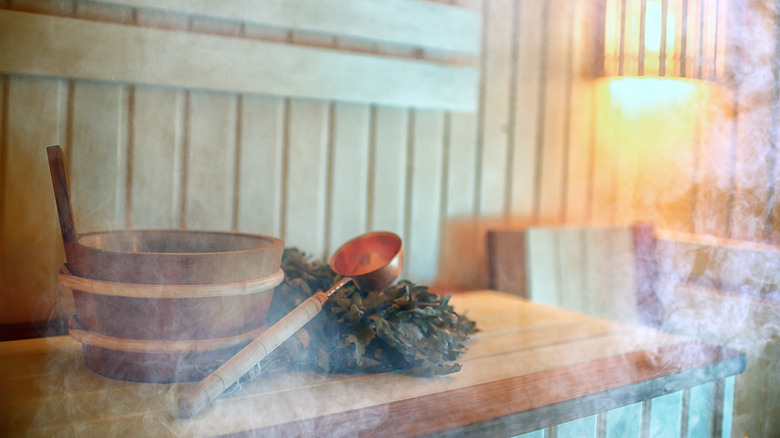 Be prepared to strip down naked or close to it. Traditionally, since the bathhouse was the only place for people to easily bathe, people would strip down naked to get a good wash. Now, you may have the option to go in a bathing suit or have a coverup, but even if you don’t get naked, other people around you likely will be (from Smarter Travel). The protocols of nudity may also depend on the gender policy at that bathhouse; some allow mixed genders in some areas (via Two For The World). In single gender bathhouses, you’re pretty much guaranteed to have fully naked people around.

Make sure you’re hydrated before going and pay attention to your body. You’ll be in hot steam rooms and saunas, and you don’t want to end up passing out. If you start to feel lightheaded, slowly make your way to a cooler part of the bathhouse (from The Culture Trip).

After you’ve soaked in hot water or spent time in a sauna or steam room, you can expect some kind of cleansing done by yourself or an attendant, whether it’s gentle whipping/whisking of your body with birch twigs in a Finnish sauna and a Russian banya, or a soapy scrub in a hammam or sento (via Standard Hotels). The combination of warmth and exfoliation, according to Marie Claire, helps improve circulation, flush toxins, and relax your muscles.