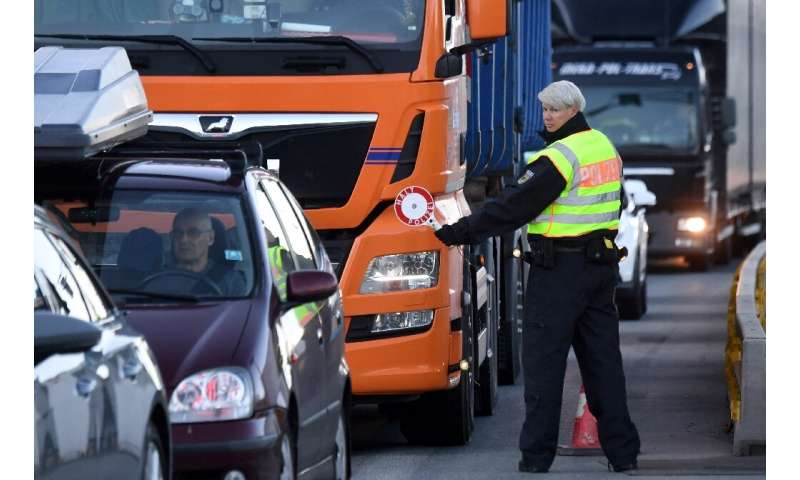 Traffic slowed to a crawl at a key crossing on the Bavarian-Austrian border on Monday, as Germany introduced new controls to combat the spread of the new coronavirus.

Motorists were forced to wait up to an hour to go through the Kiefersfelden crossing, with police under orders to turn back any drivers without a “particular reason” to cross the border.

While lorries were allowed to pass —goods can still travel freely—numerous cars coming from Austria were stopped from crossing a border that is usually completely open.

Yet despite the sudden and dramatic change to their daily lives, most motorists seemed to tolerate the new checks.

“This was communicated through the media, so it’s not a surprise for the people here,” Maximilian Wirz, chief of police in Freilassing, 100 kilometres (62 miles) away on the border near Salzburg, told AFP.

Austria, France, Switzerland, Luxembourg and Denmark are all affected by the checks, while other neighbouring countries such as Poland the Czech Republic have themselves introduced measures to close or control the German borders.

“From 8:00 am (0700 GMT) today, only Germans, those living in Germany and cross-border commuters with a note from their employers are allowed to cross the border,” police chief Wirz told AFP.

People with another “significant reason” would also be allowed to cross on a case by case basis, he added.

The drastic measure came in force as cases of COVID-19 infections soared in Germany, reaching 4,838 including 12 deaths, according to the tally posted on disease control agency Robert Koch Institute’s website.

The state of Bavaria, which shares a border with the Czech Republic and Austria, declared on Monday a “disaster situation”.

State premier Markus Soeder ordered all but essential shops closed, and promised up to 10 billion euros ($11 billion) of aid for Bavarian businesses. 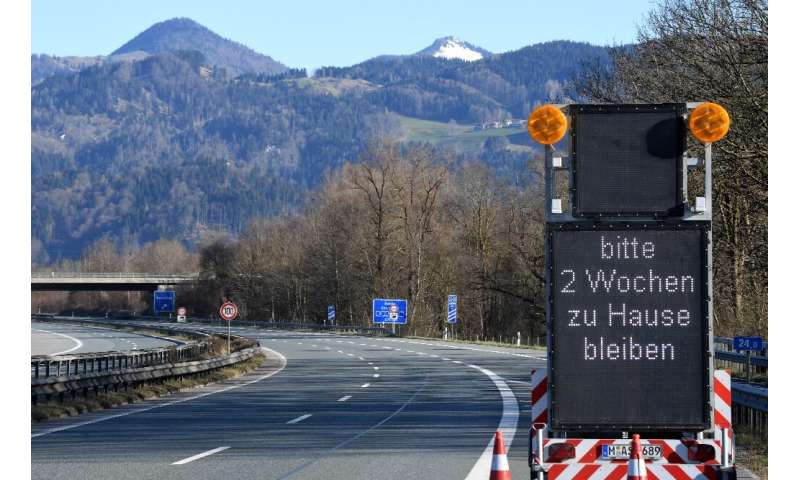 “There is no need to panic, but there is a need for diligence and seriousness,” he said.

Soeder stressed that goods would not be affected by the border controls, and said that crucial outlets such as supermarkets and pharmacies would have extended opening hours.

The state premier said that the government was working to guarantee supply chains, adding that there was “no need for panic-buying”.

Yet he also warned citizens to “think carefully about what you buy and what you don’t”.

Nearly 400 kilometres away on the French border, Strasbourg resident Gilbert Tordjman found himself unable to buy anything on the German side of the border.

Attempting to cross the Europe bridge into the city Kehl on his scooter to “get some fuel and pick up one or two things”, Tordjman was turned away by German officers in high-visibility jackets.

“(Kehl) is sort of like home for us Strasbourgers, and vice versa, but that’s not the case today. It’s a shame,” he said.

Others were allowed through at the bridge, with one driver saying he was “going to work at McDonalds. Is that ok?”

‘Break the chains of infection’

Announcing the new checks on Sunday, Interior Minister Seehofer said that the “most important thing was to break the chains of infection”.

That means drivers are now checked for possible symptoms, and in some cases turned away as a result.

“The officers here are checking for people with possible signs of illness,” Heiko Kraft, a police spokesman in Flensburg near the Danish border, told broadcaster NTV.

Yet he insisted that the police were not able to carry out tests or health check-ups.