A review of research suggests that abnormalities in the front of the brain identified by electroencephalography (EEG) tests are common among patients who have neurological symptoms with COVID-19. 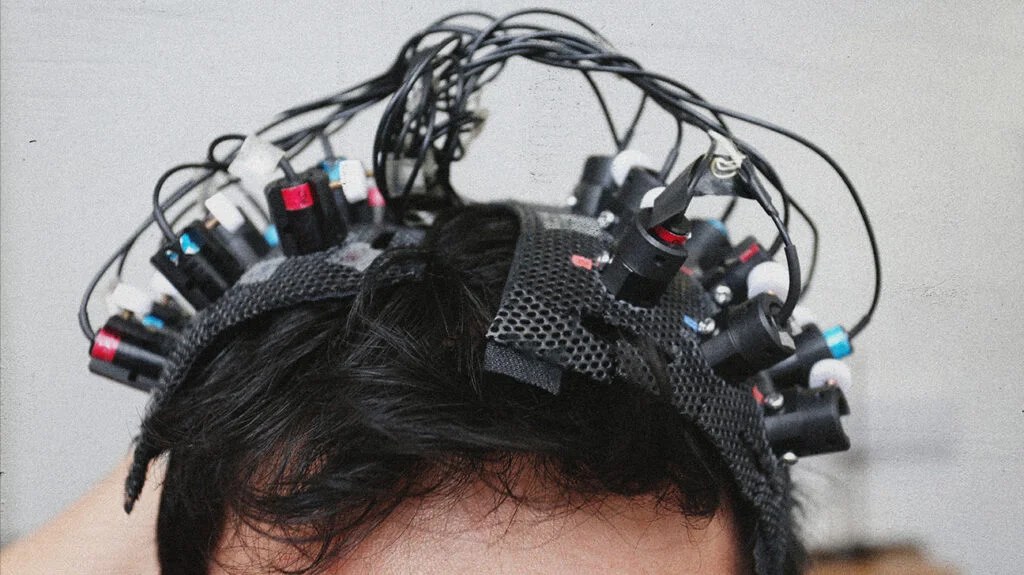 Estimates vary, but approximately 15–25% of patients with severe COVID-19 may experience neurological symptoms, such as headaches, confusion, delirium, impaired consciousness, seizures, and strokes.

Doctors may refer patients who are experiencing neurological symptoms for an EEG test. The test involves placing electrodes on the scalp to monitor the electrical activity of the brain.

To investigate how COVID-19 affects the brain, researchers from Baylor College of Medicine in Houston, TX, and the University of Pittsburgh, PA, analyzed EEG results from 617 patients, reported in 84 different studies.

The median age of patients who underwent an EEG was 61.3 years, and two-thirds were males.

The most common findings that the researchers identified were the slowing of brain waves and abnormal electrical discharges.

The extent of the EEG abnormalities positively correlated with the severity of the disease and whether the patients had preexisting neurological conditions, such as epilepsy.

The journal Seizure: European Journal of Epilepsy published the review.

Around a third of the abnormal findings were in the frontal lobes of the brain.

“We know that the most likely entry point for the virus is the nose, so there seems to be a connection between the part of the brain that is located directly next to that entry point,” says Dr. Zulfi Haneef, assistant professor of neurology/neurophysiology at Baylor and one of two co-authors of the study.

“These findings tell us that we need to try EEG on a wider range of patients, as well as other types of brain imaging, such as MRI or CT scans, that will give us a closer look at the frontal lobe,” he adds.

The researchers note that the virus may not be directly responsible for all the damage. Systemic effects of the infection, such as inflammation, low oxygen levels, unusually “sticky” blood, and cardiac arrest, may play a role in EEG abnormalities that extend beyond the frontal lobes.

The study identified “diffuse slowing” in the background electrical activity of the whole brain in almost 70% of patients.

Some people who have recovered from COVID-19 report ongoing health problems, now labeled long COVID. Among these is “brain fog.”

A recent study, which has not been peer-reviewed or published but was uploaded to the preprint server MedRxiv, found that individuals who claim to have had COVID performed less well on an online cognitive test than those who did not believe they had contracted the virus.

The authors suggest that the infection may have aged people cognitively by around a decade.

According to experts contacted by the Science Media Centre in London, United Kingdom, this cross-sectional study does not prove that the infection caused long-term cognitive decline. However, it does highlight concerns about lasting effects on the brain.

That there are EEG abnormalities associated with the neurological symptoms of COVID-19 infection adds to these concerns, says Dr. Haneef.

“A lot of people think they will get the illness, get well, and everything will go back to normal, but these findings tell us that there might be long-term issues, which is something we have suspected, and now we are finding more evidence to back that up.”

On the positive side, the authors report that 56.8% of those who had follow-up EEG tests showed improvements.

The authors note that their analysis had several limitations, including lack of access to raw data from individual studies, such as EEG traces. Doctors may also have omitted to report many normal EEGs, besides performing disproportionately more EEGs on patients with neurological symptoms, potentially skewing the research results.

In addition, doctors gave anti-seizure medications to many patients who they suspected were having seizures. This may have obscured signs of seizures in their EEG traces.