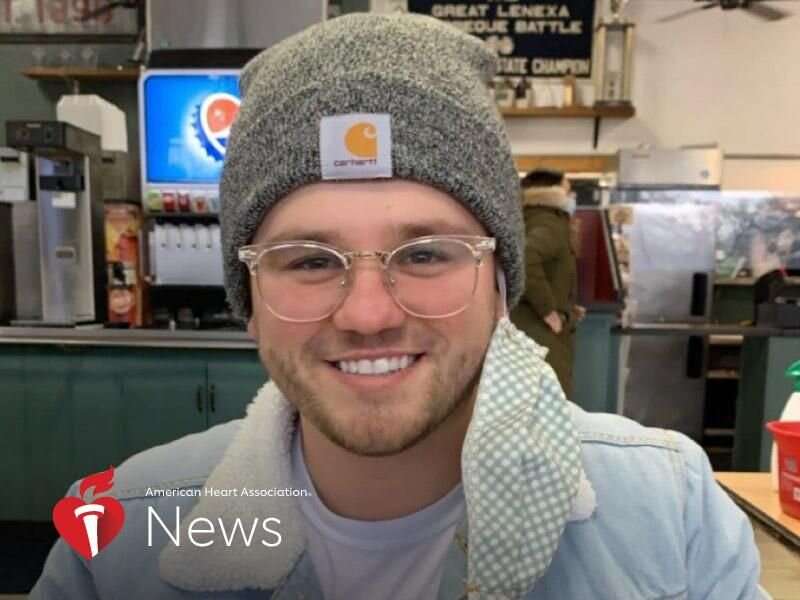 Soon after turning 21, Jacob York and his buddies from the University of Missouri were in Miami Beach, Florida, for spring break. They spent their days by the shore and nights at the bar.

So when he felt an incredibly sore throat and a headache, he chalked it up to too much partying and not enough sleep.

Around the time they returned to school, COVID-19 restrictions were put into place. He left his off-campus apartment in Columbia and returned to his parents’ home in Hannibal, Missouri.

His sore throat lingered. His headache worsened. He finally went to the doctor and was diagnosed with mononucleosis.

Still, his headaches continued nonstop. He was so fatigued and uncomfortable that he spent his free time in bed. His mother, Christy York, worried it something more than just mono. While COVID-19 was an obvious concern, his symptoms indicated something else.

But what was it?

“We took him to like five doctors,” she said.

One of the doctors saw something strange on a CT scan. She thought it was a blockage related to a sinus infection.

Two days later, Jacob woke up in agony. He called his mother, who was already at work.

“My head’s hurting so bad I feel like my eyes could pop out,” he told her.

She’d already scheduled an appointment with yet another doctor later that day. In fact, he was due there in an hour.

“But please go to the ER if you can’t wait,” she said.

Jacob’s sister, a nurse, came to the house to see if she could help. She and their father were in the kitchen looking up Jacob’s symptoms online and discussing what to do.

“All of a sudden my right arm literally stuck straight out and then it went raised in the air, like it was locked,” Jacob recalled. “I stood up and said, ‘Oh my god, I’m having a stroke.'”

Then he collapsed onto the floor.

When he regained consciousness, Jacob’s right side was paralyzed. His speech was garbled.

His family called 911. When paramedics arrived, his sister told them Jacob said he was having a stroke. At the emergency room, the doctor didn’t think so because of Jacob’s age.

Doctors knew he needed care beyond the scope of what they could provide in Hannibal. So they sent him by ambulance to a hospital in Columbia, nearly 100 miles away.

There, an MRI revealed Jacob had a blood clot in his brain that caused a stroke. They said it could have been from the combination of having mono and being dehydrated, but they couldn’t be certain.

Doctors gave him blood-thinning medication in hopes the clot would dissolve. It did.

The next day he had full use of his body.

“They sent in a physical therapist to evaluate me and she said there was no reason to come back because I didn’t need any help,” he said.

For about a month, Jacob had occasional tingling and numbness in his right arm.

Now, more than a year later, Jacob said the only lasting effect has been psychological.

“Before I had my stroke, I’d never experienced anxiety and depression,” he said. “Now I get super emotional.”

Jacob has no idea why he stood and declared he was having a stroke. At the time, he knew hardly anything about stroke – except that it usually happened to people much older.

While that’s true, it’s also true that a stroke can happen to anyone.

In hopes of finding others who could relate, Jacob joined an online support group for young survivors. Even among them, he’s by far the youngest. His search for people to connect with continues.

Meanwhile, Jacob is terrified he’ll have another stroke.

Doctors told him that would be highly unlikely. Still, he goes to the doctor or hospital for anything that feels off.

He’s also afraid to push his body. While he’s resumed working out, he doesn’t do it as often or as intensely.

There is one change he’s proud of: Switching his major from business to psychology.

“I’m hoping I can help people,” he said. “I guess I feel more sensitive.”

Although Jacob prefers not to talk about his stroke or the aftermath, he’s forced himself to do so because he understands his story could help someone.

His message to fellow survivors, especially young ones, is simple: You’re not alone.