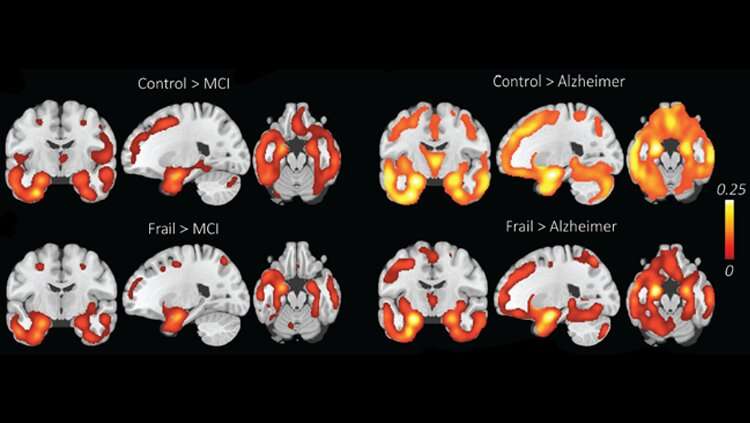 At the first sign of cognitive trouble, people often worry Alzheimer’s disease is forthcoming. But poor cognition can be part of the spectrum of normality in older age, according to new research published in JNeurosci.

Kocagoncu et al. compared the brains of cognitively frail adults—people with reduced cognitive function who haven’t noticed memory issues—to those of adults with a mild cognitive impairment (MCI) or Alzheimer’s disease (AD) and healthy controls. They recruited healthy and cognitively frail adults from the Cambridge Centre for Ageing and Neuroscience study. Researchers measured participants’ cognition with a battery of tests, their brain structure with MRI, and their brain activity with EEG and MEG.

Cognitively frail adults performed like adults with MCI on the cognitive tests—both worse than controls. But their brain structure and activity resembled those of the healthy controls: the atrophy in regions like the hippocampus typical in adults in AD did not appear in cognitively frail adults. Impaired cognition can be part of the range of normal aging and is not always an early sign of Alzheimer’s disease.